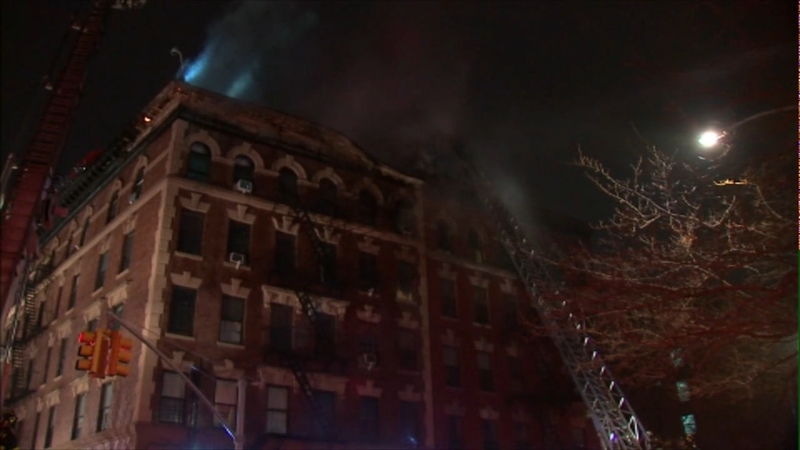 MOTT HAVEN, Bronx (WABC) -- Firefighters battled a 3-alarm fire at a building in the Bronx that forced dozens of residents out of their homes Monday night.

The fire broke out just before 8 p.m. at a five-story building on St. Mary's Street in the Mott Haven section.

There was a 911 call for food left on a stove. By the time firefighters arrived, there was a stove fire that reached into the cockloft.

Over 100 firefighters responded to the scene, and extinguished the blaze just after 10 p.m. There was extensive damage to the top floor.

Residents were able to escape the building without injury.

The FDNY says 32 adults and 16 children were displaced.