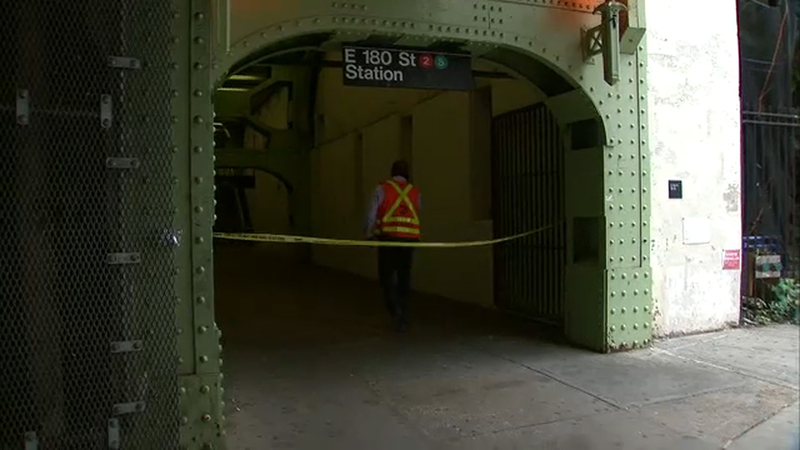 THE BRONX, New York City (WABC) -- One man is under arrest and another is in the hospital after a stabbing inside a Bronx subway station Tuesday morning.

Police say the two men were involved in a verbal dispute at the East 180th Street Station around 9 a.m., which led to the stabbing.

The 42-year-old suspect reportedly stabbed the victim in the back with an unknown object.

The alleged stabber was taken into custody, and police are investigating that circumstances that lead to the violence.

The victim was taken to St. Barnabas Hospital in serious but stable condition with non-life threatening injuries.

Nos. 2 and 5 subway trains were temporarily bypassing East 180th Street in both directions for the police investigation, but full service has since resumed.