Bronx parents in court after boy found living in squalor

WABC
By Eyewitness News
KINGSBRIDGE, Bronx (WABC) -- The Bronx parents accused of keeping their children in horrific conditions were in court on Thursday.

When asked if she misses her four children, Lewis answered 'yes.' The four children, prosecutors say she raised in an apartment in the most unsanitary and disgusting conditions imaginable.

The attorney for 48-year-Charlotte Lewis shut down anything his client had to say publicly in her own defense. She appeared first and separately from her husband for a brief return date in a Bronx courtroom.

Charlotte and her husband, Wilfred, are facing several charges in what prosecutors are calling a case of "wanton abuse and neglect."

Charlotte, a nurse at Montefiore Hospital was charged with four counts of failure to exercise control of a minor. She was arrested at the hospital.

59-year-old Wilfred Lewis, an MTA employee, was charged with endangering a child and four counts of failure to exercise control of a minor.

Prosecutors say the parents were not living in poverty but were raising their children in abject squalor.

"FedEx came and dropped off a package and the kid opened the door," said neighbor William Villafane. "When they asked for the parents, he answered that there was nobody."

The parents have three other children - 13-year-old and 12-year-old girls and a 15-year-old boy.

The mother told police that they were in school and that she allowed the 5-year-old to stay home because he was sick.

She said she believed he was old enough to care for himself.

The apartment was full of human feces on the wall, and was infested with rats and roaches. Prosecutors say they also found maggots, and dead and live rodents.

Neighbors said they were shocked by the conditions inside the apartment. "It's unbelievable knowing you're in a building that they got an apartment in those conditions," said Villafane. "I live on the third floor, we pass by it and we never knew that it was like that. I got a child, he's a year, and I try to keep things as clean as possible for him." 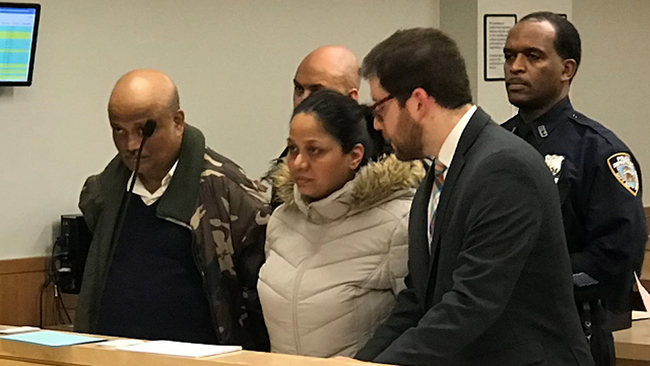 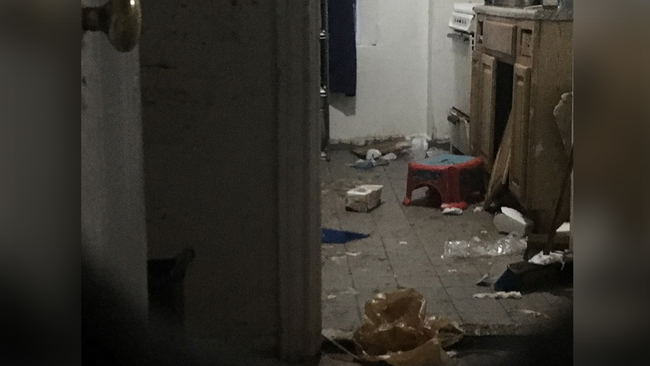