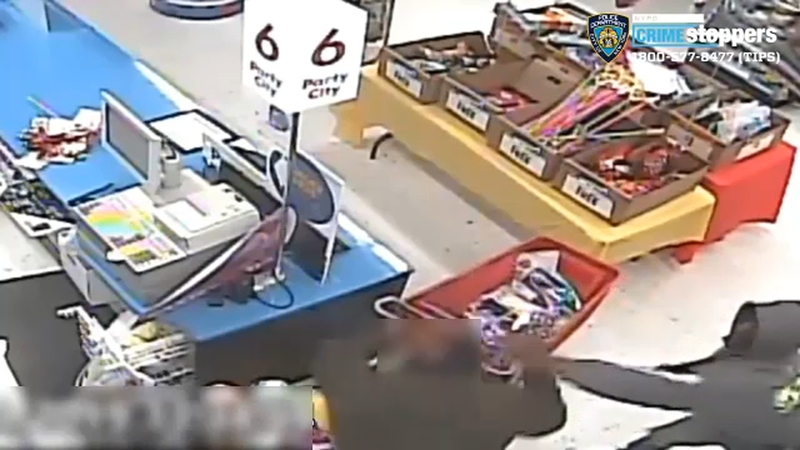 THROGGS NECK, Bronx (WABC) -- Police released new video of the suspects accused of slashing a worker at a Party City in the Bronx.

The incident was reported in the 800 block of Hutchinson River Parkway in Throggs Neck around 2 p.m. Thursday

The violent attack was caught on camera, with the victim slashed in the head, face and arm.

The 24-year-old victim was taken to Jacobi Hospital in serious condition. He is expected to recover.

Police looking to question four men in the attack.

The store closed following the incident, while police conducted their investigation.

There is no word on any motive in the crime or how the suspects got away.

Initial reports from police indicated the victim was stabbed in the back, but authorities later clarified the employee was slashed in the face.