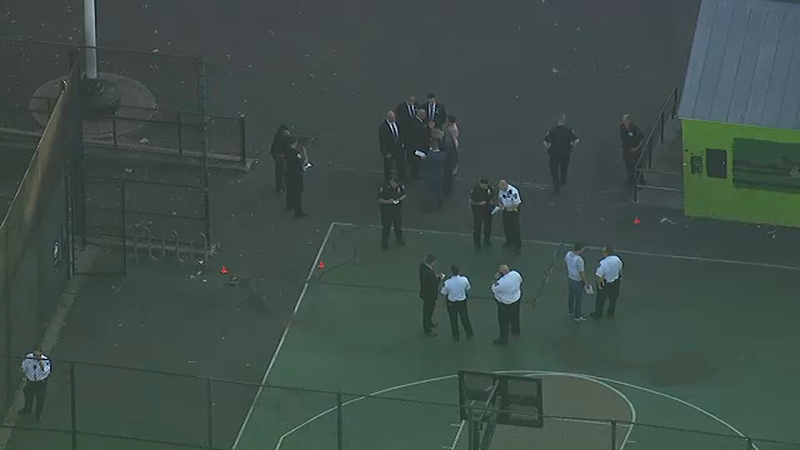 The shooting happened at about 4:45 p.m. inside a park on Morris Avenue near 166th Street, directly behind Junior High School 22, in the Morrisania section.

The Department of Education says JHS 22 and the IS 184 campus were briefly placed on a shelter-in-place out of an abundance of caution.

Police are investigating the circumstances that led to the shooting.

The suspect is described as a black male in his 20s, approximately 6-feet tall and 170 pounds.

A witness tells Eyewitness News the suspect entered park and fired several rounds, then fled on foot in an unknown direction.