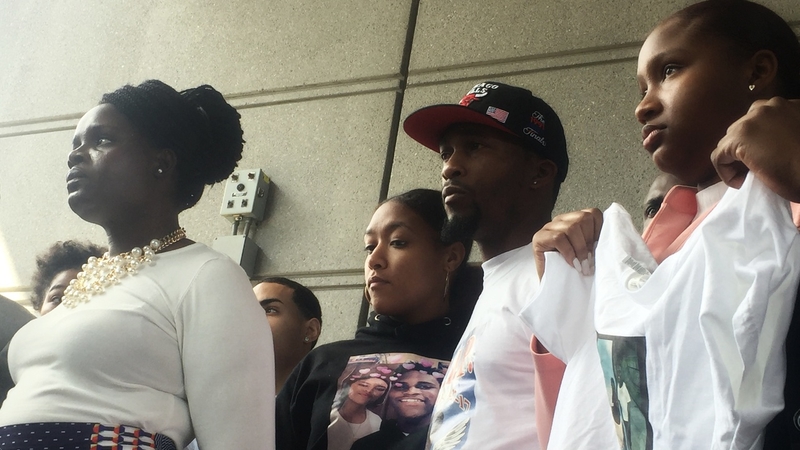 BRONX, New York (WABC) -- The teen charged with killing one classmate and seriously injuring another at a Bronx school was due in court Tuesday morning, but the proceeding went on without him.

The lawyer for 18-year-old Abel Cedeno waived his appearance to face murder and manslaughter charges, in part to diffuse tension in the courtroom. Relatives and supporters of victim, 15-year-old Matthew McCree, were in attendance, hoping for a face-to-face showdown with Cedeno.

McCree was stabbed to death, while 16-year old Ariane Laboy was critically injured during the attack at Urban Assembly School for Wildlife Conservation last week.

Investigators say Cedeno, who is being held without bail, claims he was bullied.