Reward offered for killer after deli worker shot in torso 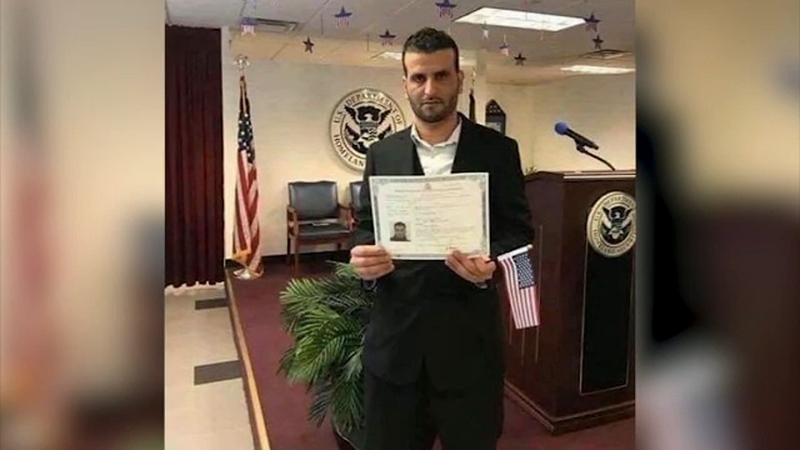 MOTT HAVEN, Bronx (WABC) -- A reward is being offered to find the shooter after a deli worker was shot twice in the torso in the Bronx.

The shooting happened just before 7 p.m. inside B&A Gourmet Deli on 217 Brook Ave in Mott Haven. Police say the man came in, didn't say anything and pointed his weapon.

Yahya Almuntser was standing behind the counter at the time of the shooting. Police say nothing was taken from the deli, so it is unclear what the motive was.

The suspect fled the scene. He was wearing a black jacket with a fur collar.

Almuntser's mother lives in Egypt, and his wife is visiting him there.
This is the same block where a woman got slashed earlier this week. That suspect is also on the run.

Family members say surveillance cameras were not working, and police are working to provide a better description.

The Yemeni American Merchants Association is putting up a $10,000 reward to find Almuntser's killer. Family members say they want justice.