Dozens run for cover after wild shootout in the Bronx; 1 shot 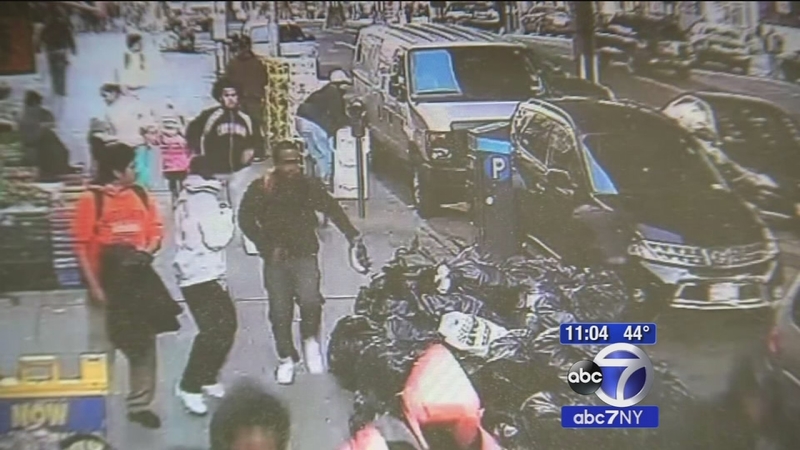 Dozens run for cover after wild shootout in the Bronx

SOUNDVIEW, Bronx (WABC) -- Dozens of people ran for cover after a wild shootout in the Bronx on Monday afternoon. A gunman put on a mask as he began to unload his weapon. One woman was shot, and is now listed in stable condition.

Moments after shots were fired, cameras showed a young man emerge from Westchester Avenue in Soundview. He placed the gun in his hand before walking off on the crowded street.

Empty shell casings littered the street - one person was hit by gunfire, and another was injured by shattered glass.

A man in a jacket or a dark vest arrived at the scene moments before the shooting. Cameras caught him before he pulled a mask up over his face on a warm autumn day. When shots were fired, the man ran away, and some of the people on the streets ran into stores to get away.

The 43rd Precinct tweeted out the suspect's picture, with a note on Monday night:

Do u recognize him? Does he look familiar? Help our community. You can remain anonymous. Call #800577TIPS @BronxCB9 pic.twitter.com/UUPzs8Y1yg