2 men shot on the street in the Bronx; police searching for gunman 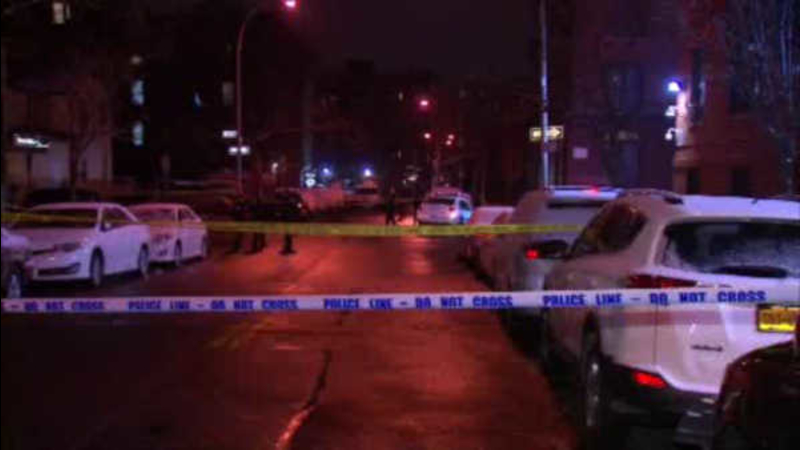 1 dead, another injured in Bronx shooting

MOUNT HOPE, Bronx (WABC) -- Homicide detectives took over the crime scene on Sunday night, after two men were shot on the street in the Bronx.

Police tell Eyewitness News that 41-year-old Jose Morales was shot in the head and killed. A 25-year-old was hit in the face twice, and once in the back. Morales was rushed to Saint Barnabas Hospital where he is now fighting for his life.

The shooting happened around 7 p.m. Sunday on E. 175th Street and Weeks Avenue. For those who live in the neighborhood, the shootings hit way too close to home as they came running to the scene, all the while dreading it might be one of their own.

Horribly, shootings are all too common in the Mount Hope neighborhood. Back in July, on the same corner, a man and a woman were shot. The 33-year-old man died at the scene. Now, residents are finding it hard to embrace hope as gun violence takes over.