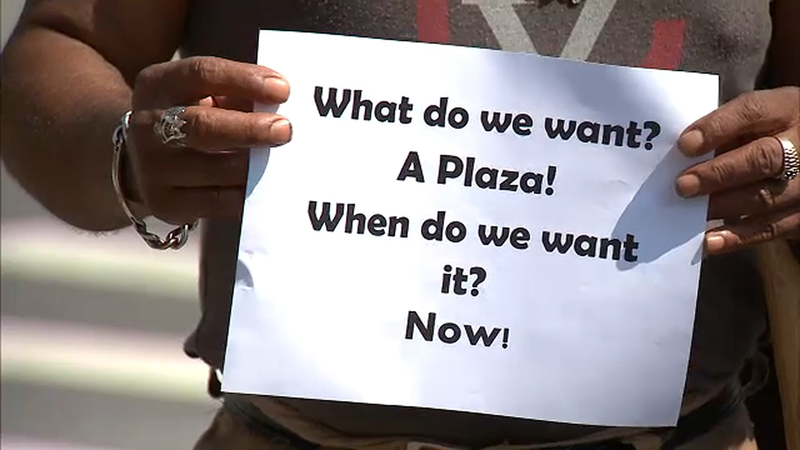 SOUTH BRONX, New York City (WABC) -- Lawmakers are demanding answers about the lengthy delays in the construction of Roberto Clemente Plaza in the South Bronx.

They say the 2009 project was supposed to be finished three years ago, but delay after delay has left what they say is a critical community space completely unusable.

"We're telling the Department of (Design and Construction), get your act together, complete this plaza and get this land back to the people of the South Bronx," Salamanca said.

Of the 15 projects worth more than $200 million that the DDC is overseeing in his district, 60 percent are delayed, according to Salamanca.

They say the never-ending construction has not only prevented the community from using the vital green space, but it has limited pedestrians traffic from visiting local businesses, obstructed a bus stop, blocked traffic and exacerbated congestion.

"This is practice and pattern, whether it's MTA or construction projects," Stringer said. "Many projects go on way too long. They're over budget. There's no accountability."

While the project looks almost ready, there is still a lot of work that needs to be done. And officials say the construction delays at the plaza are indicative of the South Bronx being overlooked far too often.

Stringer and Salamanca call the entire process a broken promise to a community in need that serves as one of the busiest corridors in the Bronx and the city overall.

The DDC issued the following statement:

"DDC understands and shares the community's frustration with the delays of the restoration of Roberto Clemente Plaza, which was caused primarily by the contractor's bankruptcy after the project was already underway. The project is now very close to completion, and awaits a final component for the fountain. We look forward to opening a beautiful new public space with the community within the next few weeks."