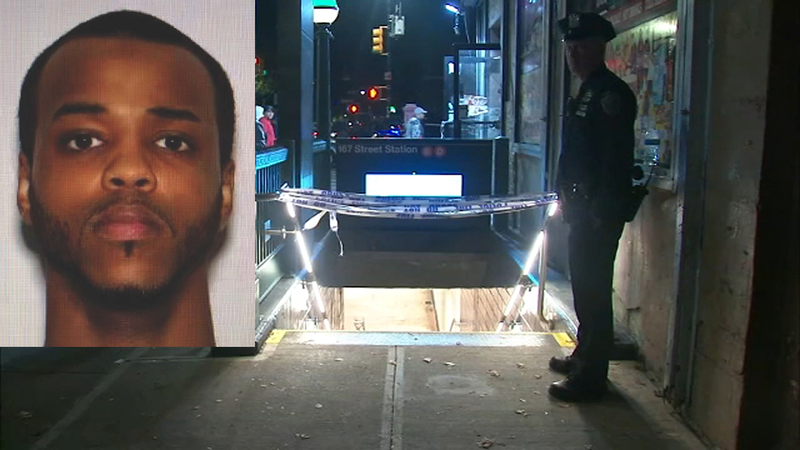 HIGHBRIDGE, Bronx (WABC) -- Police have arrested a suspect in a deadly shooting at a Bronx subway station Friday night.

Investigators believe he shot and killed his girlfriend's ex-boyfriend inside the 167th Street B/D station.

Police say the victim, 25-year-old James Cubille, is also the father of the woman's child.

They say the shooting happened in front of the child.

The suspect apparently fled the station, and police searched to see if he possibly tossed a weapon in the trash along the sidewalk.