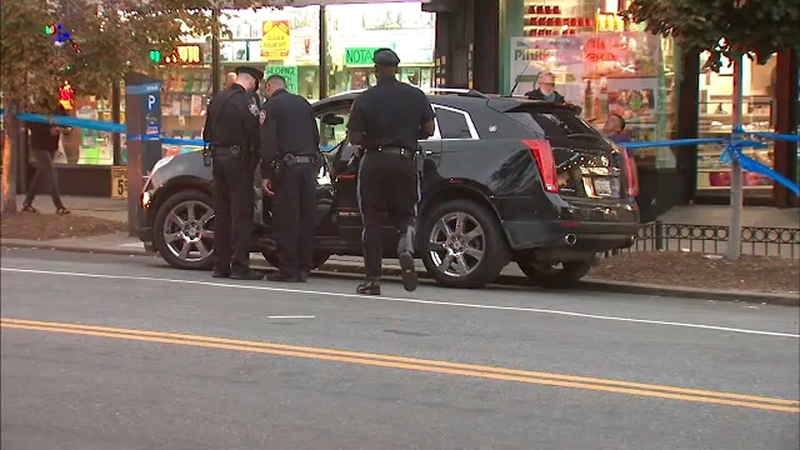 KENSINGTON, Brooklyn -- An accident investigation is underway in Brooklyn after police say an SUV hit a man and a woman trying to cross the street.

It happened on Church Avenue and East 4th Street in Kensington - a very busy intersection with a grocery store at the corner. The 60-year-old woman, identified as Olga Feldman, was killed.

The Cadillac SUV headed westbound on Church Avenue, and on surveillance video, it appeared to be stopped in the middle of the road at a green light as cars drove around it and passed through the intersection.

When the light turned red, the driver accelerated toward the couple as they were leaving the grocery store, about to cross.

Investigators say the SUV then hit the man and ran over the woman.

Neighbors say it was just it matter of time before something like this happened.

The SUV with Maryland license plates did stop, but it was too late.