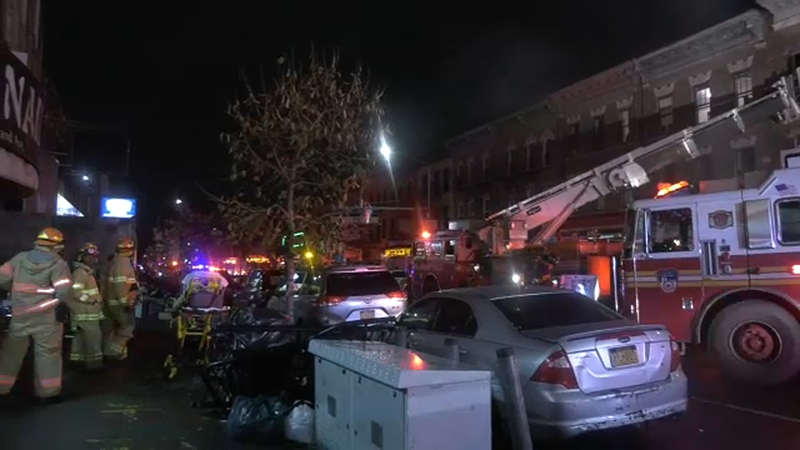 The fire broke out on the first floor of the Nostrand Avenue building in Flatbush just after 4 a.m.

One man was rushed to King County Hospital, where he later died.

The victim may have jumped out of a window in an effort to escape the flames. His identity has not been released.

"I did see someone jump out from the building," one witness said. "They jumped from the third floor. He jumped onto the landing right there and onto the floor."

Three others are in serious condition, while four people -- including a police officer -- suffered minor injuries.

"People came down the fire escapes from the rear of the building," FDNY Deputy Chief Mike Grogan said. "Then they were able to go to the house behind them, and the individuals in that house opened their front door and allowed them in and called EMS."

The injured are being treated at SUNY Downstate Hospital and Brookdale University Hospital.