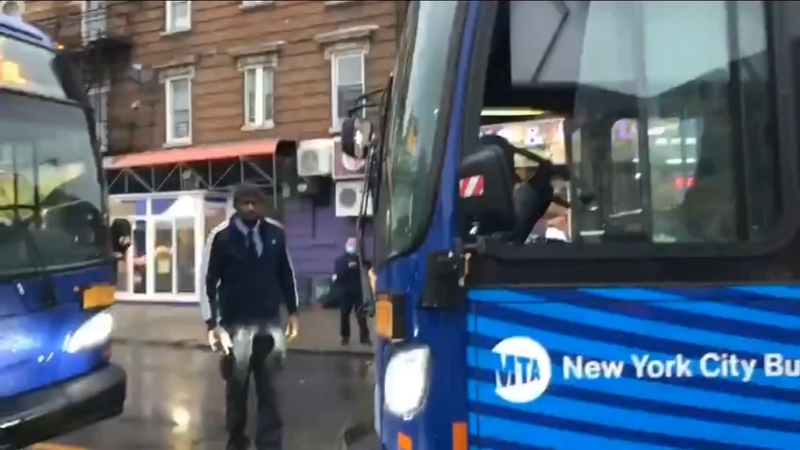 BOROUGH PARK, Brooklyn (WABC) -- As a B35 bus tried to turn the corner on 13th Avenue at 39th Street in Borough Park, Brooklyn on Thursday evening, tempers flared in a New York minute.

There was a stand-off with a second B35 bus that refused to move.

"It doesn't get more New York than that," said Josh Apert, who lives nearby.

For several minutes, the two buses didn't budge - in the middle of the intersection.

Witnesses then became audience members who turned into negotiators, offering to assist in untangling the traffic jam.

"How was he the right of was if the other bus was here?" said one bystander.

They quickly realized it would take a lot longer than a New York minute for the curtain to drop on this conflict.

The MTA called this a 'very New York traffic jam,' acknowledging it could have been handled better. It blamed an illegally parked minivan and a shopping container. They released a statement saying,
"This is an illustration of why well-enforced bus priority and street parking regulations are so critical to the smooth operation of our buses -- we will be in touch with local authorities to ensure that this is not a chronic trouble spot."

"This is a busy intersection - one of the busiest. There's always congestion and stubborn people that don't want to move," added Apert.