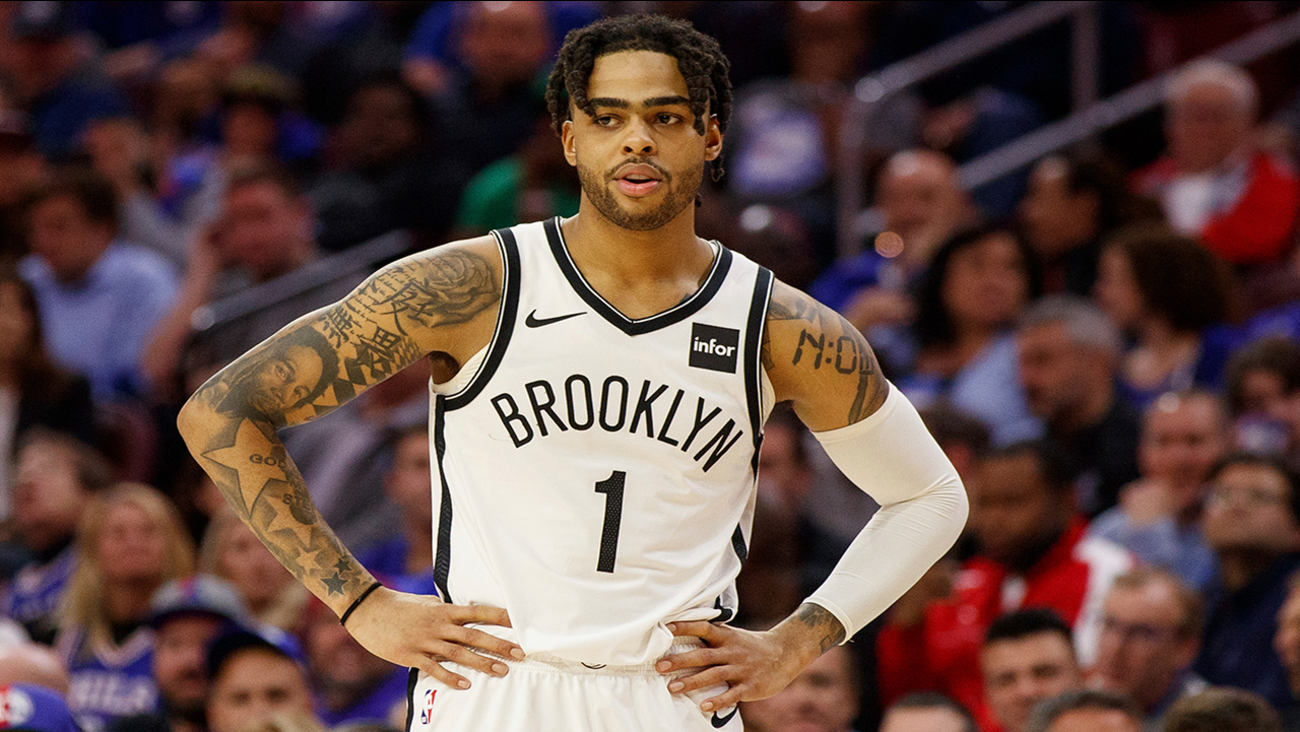 Brooklyn Nets' D'Angelo Russell during the second half in Game 2 of a first-round NBA playoff series against the Philadelphia 76ers. (AP Photo/Chris Szagola)

NEW YORK -- Brooklyn Nets All-Star D'Angelo Russell was detained at LaGuardia Airport after a small amount of marijuana was found in his luggage by TSA personnel.

A spokeswoman for the Port Authority of New York and New Jersey said Russell was issued a summons for possession of less than 50 grams of marijuana and released. It happened Wednesday night.

Newsday says the former No. 2 pick then flew to Louisville, Kentucky, where his father lives.

The Nets said in a statement they "have been made aware of the situation" and "are in the process of gathering more information at this time."

The 23-year-old Russell had a breakout season, leading the Nets to their first playoff berth since 2014. He was named to the Eastern Conference All-Star team in February.