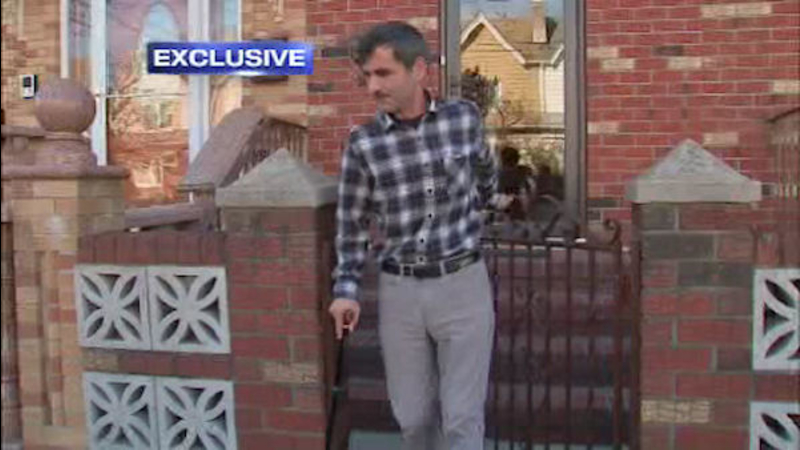 BENSONHURST (WABC) -- A construction worker from Bensonhurst who was injured on the job says he is getting stiffed out of half a million dollars in settlement money, not by the company, but by his attorney.

The Eyewitness News Investigators tried repeatedly to get an explanation from the Xhevat Misku's lawyer about why he still hasn't paid his client the $500,000 owed to him more than three months after winning a huge settlement. But attorney Paul Vesnaver didn't have many answers.

All we wanted to know was what the Long Island-based Vesnaver had done with the $750,000 settlement won back in August. In 2009, Misku suffered a fractured skull and serious back injuries in a construction accident. So the family put their trust in Vesnaver, who has won millions of dollars in past injury settlements for clients.

"He's three months already from the settlement, and he tries everything to lie to me," Misku said.

After six years of legal battles, Vesnaver reached the settlement on August 14, with a half-million of the total due to Misku. But three months later, the permanently-disabled Misku is still waiting for his money.

"I can't pay my rent, I can't buy my medication," he said. "I can't see any more doctors because I have no money in my pocket, and he keeps my money."

Vesnaver sent a check for $500,000 to Misku last month, and he and his family felt immediate financial and emotional relief until they received a letter from the bank.

"The check bounced," son Adnand Misku said. "The account has no money to cover this amount of the check...It was unbelievable. You would never expect this from a lawyer, because this guy sounded like a well-respected lawyer, very serious lawyer who would do such a thing."

Besides filing a complaint with the New York state Judicial Grievance Committee, Adnand Misku says he's visited the lawyer's office at least 10 times but is always told Vesnaver isn't in. On his most recent visit, he wore an undercover camera.

Adnand Misku: "How many times must I come here? Why is he holding my father's half-million dollars?"
Paralegal: "I have no knowledge of anything. I have no clue."
Adnand Misku: "Is this guy still a lawyer?"
Paralegal: "He's not in the office. I'm not sure if he's going to be in. No one heard from him as yet."

But Vesnaver was there, because we saw him slip out the back door and drive off. We caught up with him the next day.

Misku says he no longer believes a single word his attorney says.

It has now been nine days since Vesnaver said he had sent another check, but the Miskus have not received one. Meanwhile, Vesnaver's lawyer tells Eyewitness News that this all comes down to a bookkeeping error and that the settlement will be paid sometime next month.