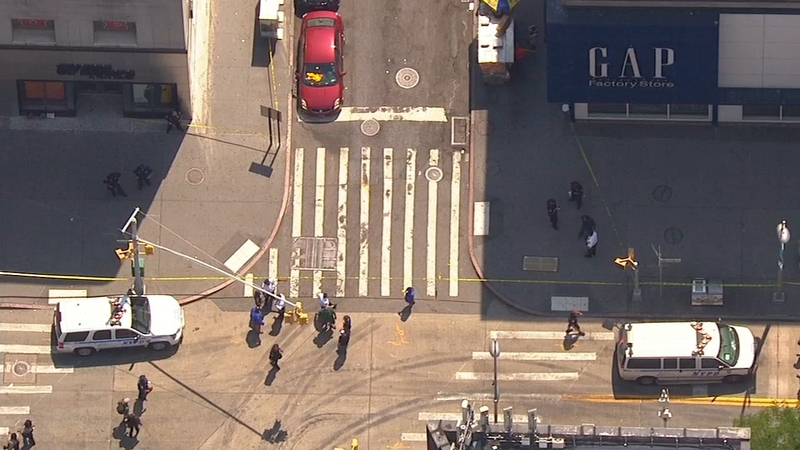 The victims were shot at the corner of Gallatin Place and Fulton Street just after 1:45 p.m.

The shots were fired after a man got into a fight on the street with a group of at least five people made up of both men and women.

Authorities say a 31-year-old man was shot in the leg, while a 27-year-old woman was grazed twice in the left hand and right arm. Both are said to be innocent bystanders who were struck by stray bullets.

The third victim, a 28-year-old man who was shot in the hand, was the intended target, according to police.

The male victims were rushed to Methodist Hospital with what are believed to be non-life threatening injuries. The female victim was taken to Brooklyn Hospital.

Authorities said the innocent male victim was walking down the street with a coworker at the time, while the innocent woman was leaving a job interview.

The suspected gunman, a black man wearing a white hat and red shorts, fled in the direction of the Jay Street Borough Hall station. The rest of the group scattered and fled as well.

No arrests have been made, and the motive is presently unknown.