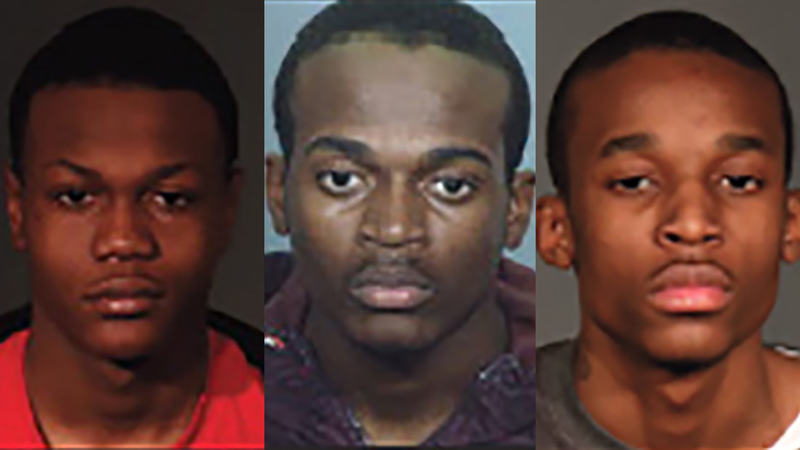 EAST FLATBUSH, Brooklyn (WABC) -- Eighteen alleged gang members who reportedly kept score of shootings involving their rivals have been arrested and charged in a 41-count indictment.

"These defendants are dangerously obsessed with committing acts of violence," Gonzalez said. "In this case, we allege, they cavalierly discuss shooting at rivals as if they were keeping score at a basketball game. But this is not a game. There is a trail of dead and injured victims."


It is alleged that between June 1, 2016, and June 14, 2018, during the course of the conspiracy, the gang was involved in a feud that was escalated by the murder of one of its alleged members. It is also alleged that numerous other shootings, including two fatal shootings, occurred during the course of the conspiracy, including a high-profile caught-on-camera shooting inside the Kings Plaza Mall.

Authorities say that in recorded conversations, gang members regularly discuss who is "up on the scoreboard," referring to shootings between the rival gangs. The defendants allegedly referred to guns as "ball kicks" and gunshots that missed their targets as "air balls." Jailed gang members were reportedly referred to as "bench warmers."

If convicted, they face up to 25 years in prison on the top conspiracy count.