Woman struck by Jeep while crossing street in Brooklyn 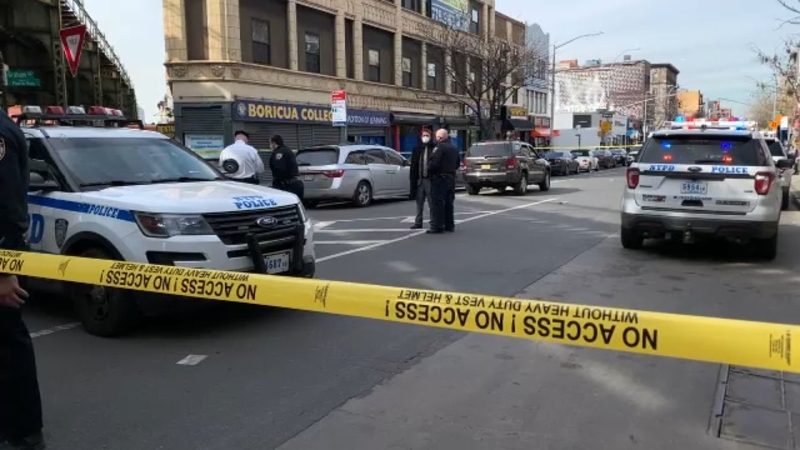 Woman struck by Jeep while crossing street in NYC

BUSHWICK, Brooklyn (WABC) -- A driver is in custody after hitting a woman that was crossing the street in Brooklyn Friday.

Officials say a 32-year-old woman was found unconscious and unresponsive after she was hit by a grey 2005 Jeep Grand Cherokee on Broadway and Graham Avenue in Bushwick around 12:45 p.m.

Police say a preliminary investigation shows the victim was crossing Graham Avenue from west to east, when she was struck by the vehicle as it was turning right.

Police are investigating a triple stabbing in Brooklyn that left one person in critical condition Friday night.

They say the 47-year-old male driver was taken into custody.

There's no word yet on the charges.

The woman who was hit was taken to Woodhull Hospital in critical condition.