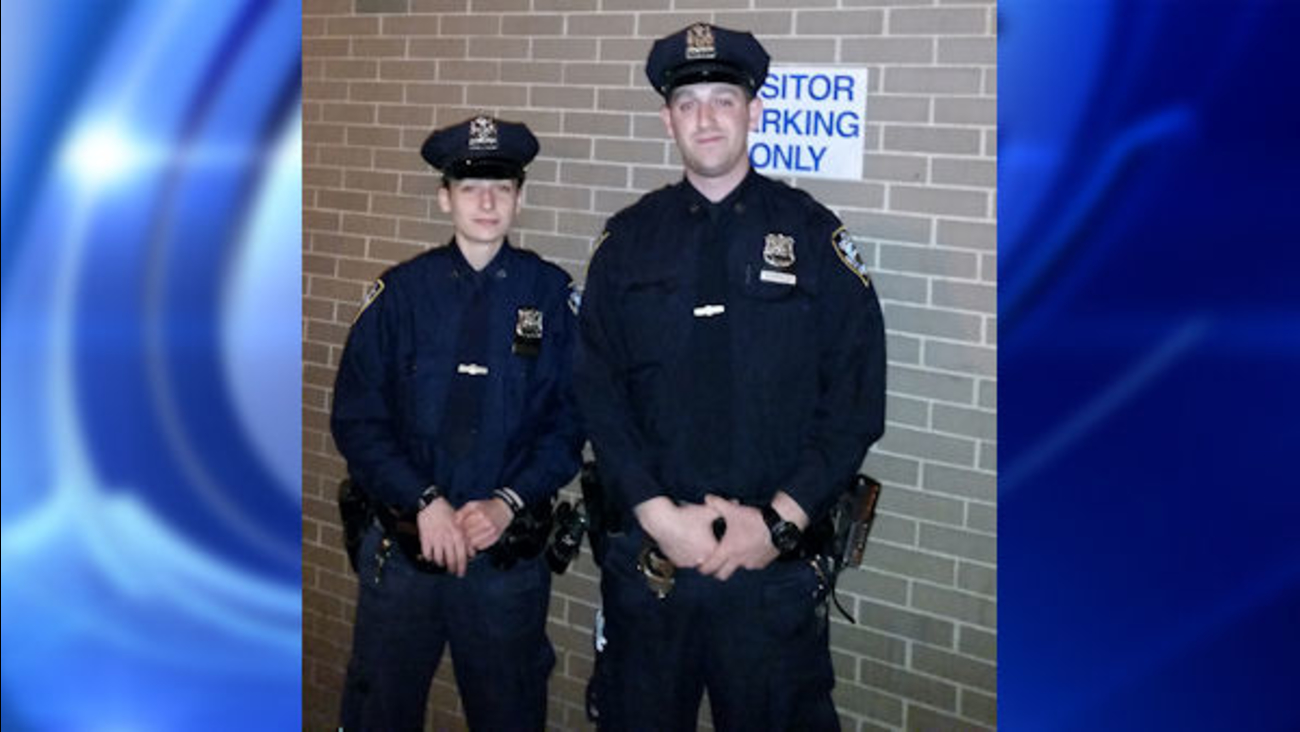 Officers Kristin Coscia and Joseph Sferrazza, both four year NYPD veterans assigned to patrol, responded to their second assignment of the night on a report of a woman in labor. (NYPD)

NEW YORK (WABC) -- Two NYPD officers delivered a baby inside a Brooklyn apartment after the mother didn't make it to the hospital.

It happened on Tuesday at 4:05 p.m. on Monroe Street in Bedford-Stuyvesant.

Officers Kristin Coscia and Joseph Sferrazza, both four year Department veterans assigned to patrol, responded to their second assignment of the night on a report of a woman in labor.

Once the officers arrived, they were directed into the bedroom of an apartment, where they found a 27-year-old pregnant woman lying in her bed in the process of giving birth.

The child's father, who remained on the phone with the 911 operator upon calling, handed the phone to Officer Coscia.

The officer then placed the phone on speaker, while the 911 operator directed the soon-to-be mom to push and provided further directions as the next contraction began.

With that next push, the baby was delivered at 4:20 p.m. and was received by Officer Sferrazza, who wrapped the healthy baby boy in a towel.

Shortly after the child's birth, EMS arrived and transported mom, baby Izaine, and the proud dad to Woodhull Hospital, where they are all recovering.