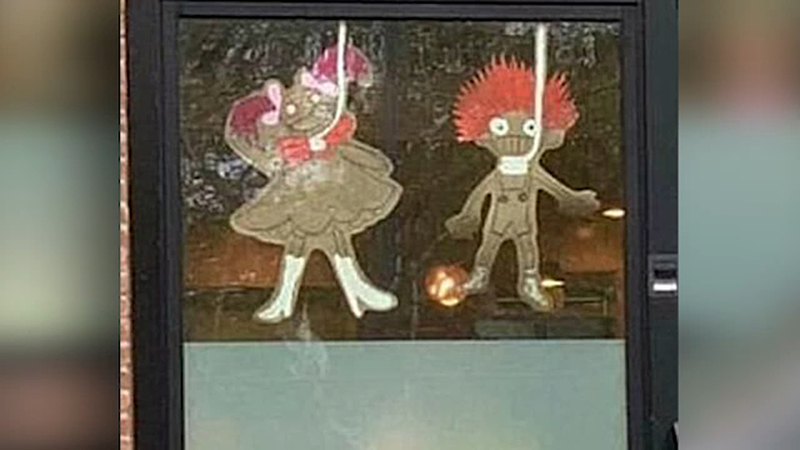 BEDFORD-STUYVESANT, Brooklyn (WABC) -- The artist who posted cutouts of brown paper dolls that appeared to be hanging by their necks from strings as Halloween decorations has resigned from her art studio.

ArtShack Brooklyn announced the resignation of Dany Rose on Friday. Rose was one of the studio's owners.

Her artwork, which was displayed in the window of her home, not at the Artshack studio, was seen by many as racially offensive.

Rose issued an apology, but many still called for her resignation.

In a statement announcing Rose's resignation, Artshack Brooklyn announced it will host a community meeting and is "working hard on a path toward accountability."