Police: Man shoots ex-girlfriend, her new boyfriend, then himself in murder-suicide 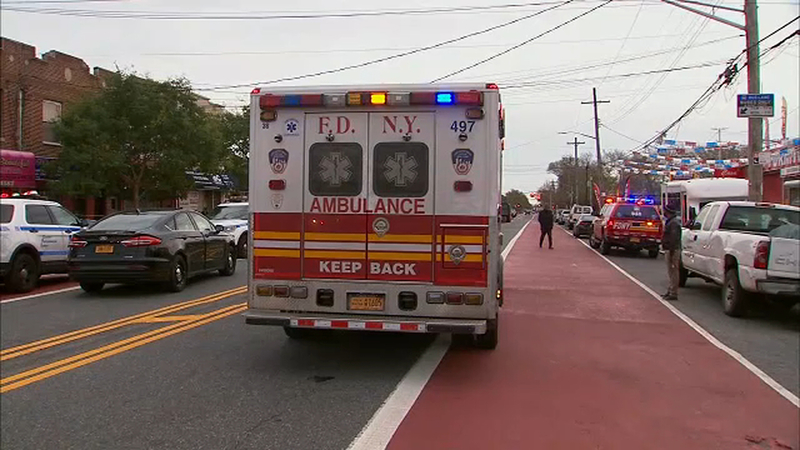 FLATLANDS, Brooklyn (WABC) -- Police are investigating after two were killed, and one was injured in a murder-suicide in Brooklyn Sunday afternoon.

A 911 call was received at about 2 p.m. for a shooting on Utica Avenue in the Flatlands section. Police say 24-year-old Jened Duncan and 30-year-old Darnell Solomon were both found shot in the head. A 33-year-old man was found with a bullet wound in his torso.

Police are not looking for a shooter, and stress that no gunman is on the loose.

A woman who spoke to Eyewitness News says her family member, Solomon was one of the two people who died.

While the details are too much for her to understand, Eyewitness News has learned that Solomon, armed with a gun arrived at his ex-girlfriend's apartment shooting his ex, Duncan in the head, and Duncan's current boyfriend in the torso. He then turned the gun on himself.

"I came outside and I see all this commotion, a vehicle there with bullets, and then I saw the police cutting off the area - it's disturbing to see all this," says Greg, who lives in the neighborhood.

Duncan and Solomon were both pronounced dead at Kings County Hospital. Police say the 33-year-old man shot in the torso is recovering at Brookdale Hospital.