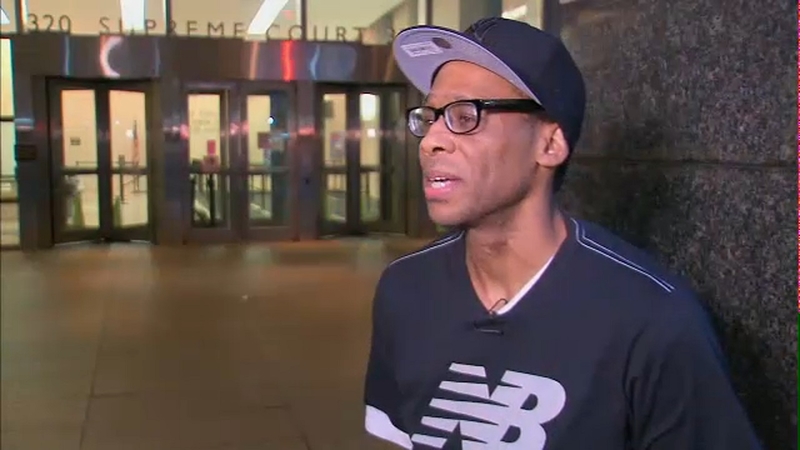 NEW YORK (WABC) -- Stepping out on Friday for Shawn Williams is something he has not been able to do for nearly 25 years. He is now a free man.

"It was like a rush and a big relief," Williams said.

"The hardships I endured in prison...but it was a big relief to be reunited with my family," he said.

Making that happen is his attorney, Sam Hershey from Cleary Gottlieb, and the Legal Aid Society, who have worked tirelessly since his case came up for review in 2013.

"We believed from the beginning, based on record, we knew and from what we heard from our client, that he was innocent," said Hershey.

Williams says his good childhood friend was murdered, and he was framed for it.

"I certainly hope that other people who have been wrongly convicted get their day in court, and have their convictions vacated as our client was fortunate to have today," added Hershey.

In state Supreme Court, his conviction was vacated, and Williams was set free.

Now 44, Williams is seeing how many things have changed, but he has a large supportive family to help him.

"It's going to take me some time to make that transition back into society. I did twenty something years in prison. Wow!" Williams says.