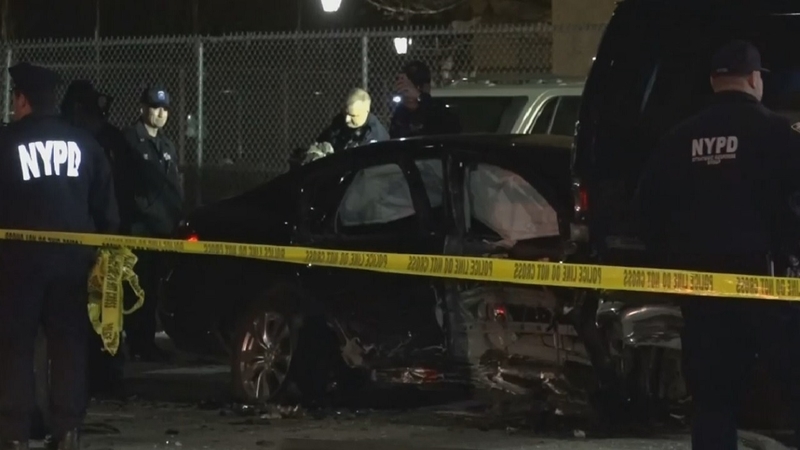 BROWNSVILLE, Brooklyn (WABC) -- A rollerblader was killed, and five other people were injured after an out-of-control crash in Brooklyn.

The accident happened shortly after 8:30 p.m. Saturday at Pitkin Avenue and Powell Street in Brownsville.

Police say a four-door sedan was traveling at a high rate of speed, and struck a male crossing the street on roller blades at the corner of Powell Street and Glenmore Avenue.

CeFaan Kim has the latest from the scene: