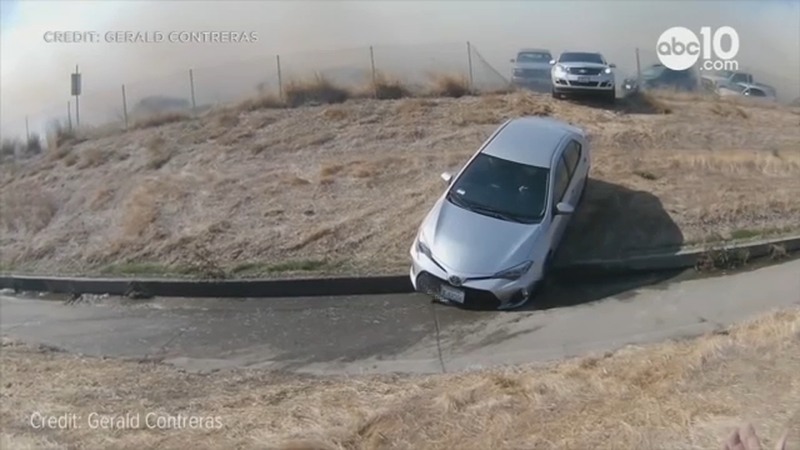 Drivers run for their lives as fire erupts in Sacramento

SACRAMENTO, Calif. -- Drivers were running for their lives when a grass fire erupted along a highway median outside of Sacramento over the weekend.

The terrifying scene was captured on video by a good Samaritan who helped guide the drivers to safety.

The incident happened near I-5 in Natomas.

"A lot of the cars were trying to get away from the median, and they were going to the shoulder. And then the fire caught on the shoulder as well and they were trapped," Gerald Contreras said. "People just had that unknown that was scaring them, and they wanted out."

Several cars were charred after drivers decided to abandon their vehicles to escape the flames.