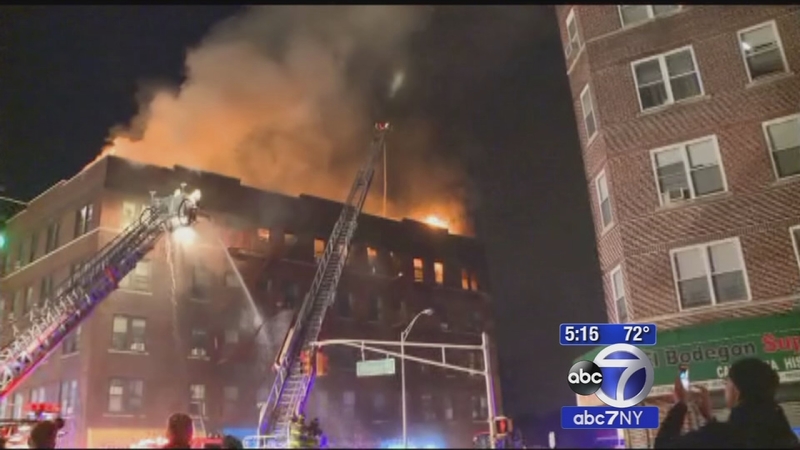 PASSAIC, N.J. (WABC) -- Hundreds of people are out of their homes after an eight-alarm fire burned through a five-story brick apartment building Wednesday night in New Jersey.

By Thursday morning, the fire was mostly brought under control, although firefighters were still on the scene. 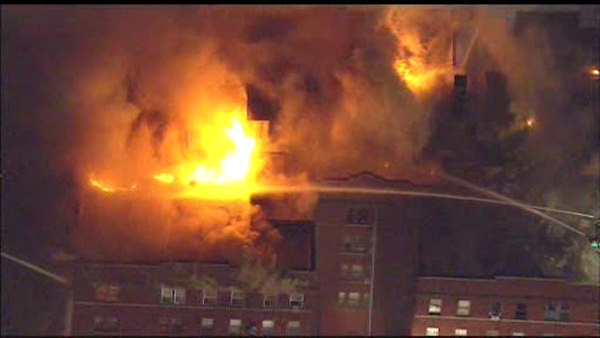 Some tenants said there were no smoke alarms going off when the fire began and spread through the building.

The flames started on the upper floors of the building in a wing overlooking the Broadway side and spread across a connecting area to a second wing. Portions of the roof have collapsed. The building houses 60 apartments.

"My thoughts and prayers go out to all those impacted by the tragic fire on Gregory Avenue," said Passaic Mayor Alex Blanco.

The cause of the fire is undetermined.

The Red Cross set up a reception area for the displaced.