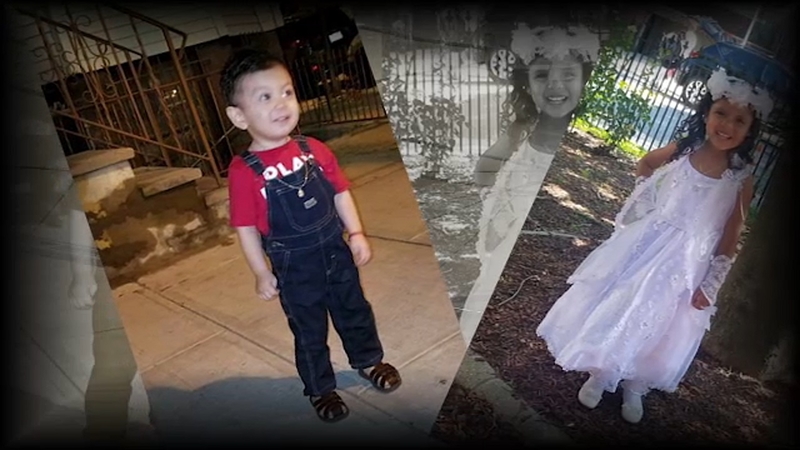 UNION CITY, New Jersey (WABC) -- Three children were killed and more than a dozen others were injured, after a fast-moving fire engulfed a building in New Jersey.

The fire broke out just before 9 a.m. on 25th Street between Bergenline and New York avenues in Union City. Smoke billowed out the windows and through the roof.

Witnesses say a boy was on the roof on his hands and knees waving for help.

WATCH boy on burning roof of Union City building wave for help; rescued by firefighters. Multiple witnesses say after he climbed down ladder safely he walked away on his own. pic.twitter.com/3eqQiuKSEO

Moments later, firefighters went up a ladder to bring the child to safety.

Multiple witnesses say he was rescued in the nick of time and was able to walk away on his own, but there were others who were not as lucky.

Three children, were killed - Mailyn Wood, 5; and her cousins, Jason Gonzalez, 2, and his 7-year-old brother, Christian, who died hours later at the hospital.

Neighbors say they tried to help, but it was just too much.

"I went inside to the second floor and I knocked a couple of doors. When I tried to come back, I saw all the smoke already somewhere in the foyer," said Eudez Hernandez.

18 firefighters were also injured from smoke inhalation and heat exhaustion. All of them are expected to survive.

It took half an hour to get flames under control.