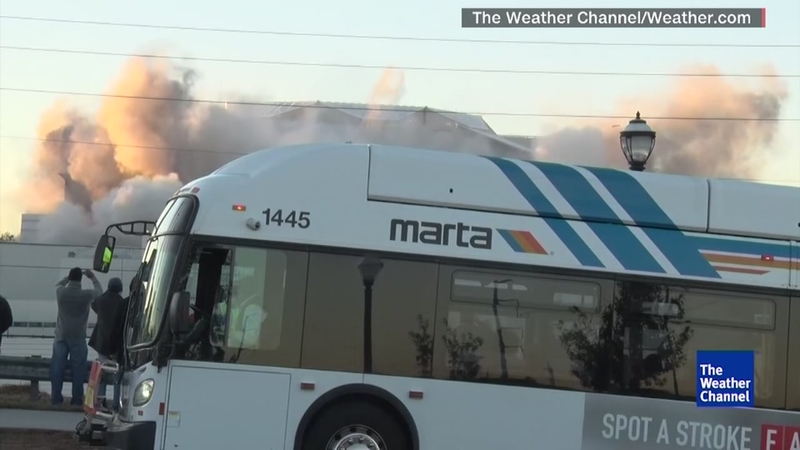 ATLANTA, Georgia -- Crowds in Atlanta had a blast watching the implosion of the massive Georgia Dome Monday. But a camera crew recording the event wasn't so lucky.

A city bus blocked the view for the Weather Channel crew, who were live streaming the demolition online.

Jason Rudge, the man behind the camera, says he and half a dozen other crews were on a media platform at the time, and that the road was supposed to be closed.

"(The bus driver) wanted to stop and catch the show herself," Rudge said. "We were all kind of whispering in anger."

Weather Channel is now calling it an "epic photobomb."