2 killed in wrong-way crash between semi, school bus in Illinois 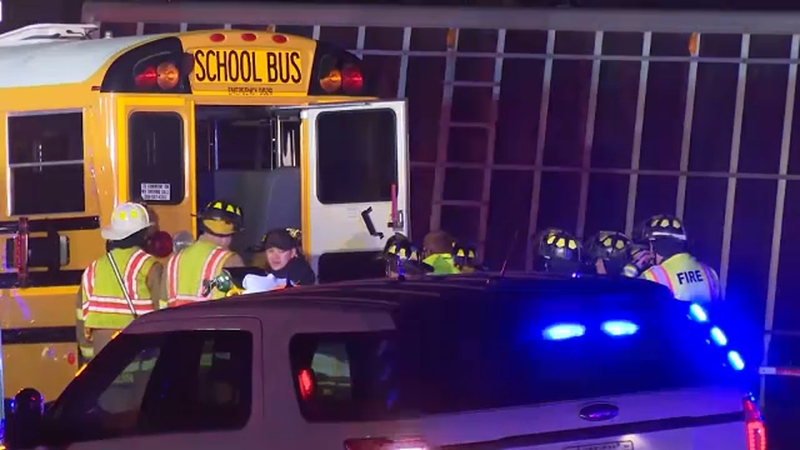 DOWNS, Illinois -- Two adults were killed and several students injured after a head-on crash, wrong-way crash between a semi and a school bus in Illinois Wednesday night.

The crash occurred at about 8:30 p.m. on westbound I-74 at Mile Post 137 near Downs, about 10 miles southeast of Bloomington in McLean County. The bus was carrying junior varsity basketball players from the Normal West High School girls' team and had 11 people on board. They were heading home from a game in Champaign.

Illinois State Police report the driver of the semi, a 34-year-old Iowa man, was killed in the crash. Authorities have not released his identity.

On the school bus, a 72-year-old volunteer with the team was killed. Normal's Unit 5 School District identified him as Charles Crabtree.

The school district said all of the students were taken to local hospitals with non-life threatening injuries.

"A Normal West bus was in a crash tonight. Parents of players should come to the school. Staff is on hand at the school to help support students and parents," the district said in its post. "Please keep our Normal West family in your thoughts."

Police couldn't say how the crash happened, only that the semi was traveling the wrong way. Thursday morning, the crash is under investigation by ISP's Traffic Crash Reconstruction Officers and Commercial Motor Vehicle Officers.