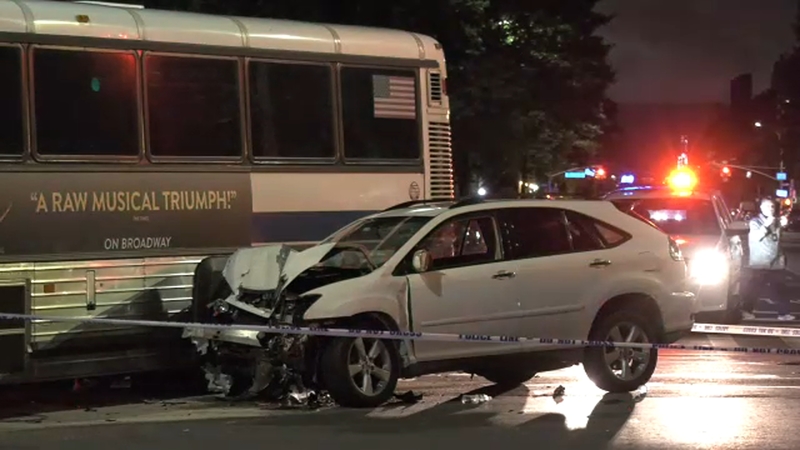 MIDWOOD, Brooklyn (WABC) -- Several people were injured when an MTA bus and an SUV collided in an intersection on busy Ocean Avenue in the Midwood section of Brooklyn.

The SUV, eastbound on Avenue J, collided with the bus, northbound on Ocean Avenue, just before 11:30 p.m. Thursday.

Nearly two dozen passengers were taken off the bus, and at least five of them were checked out at the scene.

Both drivers were taken to Maimonides Hospital with injuries that are non-life threatening.

Witnesses told police the driver of the Lexus RX 350 with North Carolina license plates may have passed through a red light and struck the bus, but that remains under investigation.

The MTA reports that the bus driver had the green light.

Ocean Avenue is a multi-lane north-south connector through Brooklyn, and the intersection has been the site of similar crashes in the past.

In March 2012, a bus and several other cars collided in the same intersection, sending the bus into the side of a building.