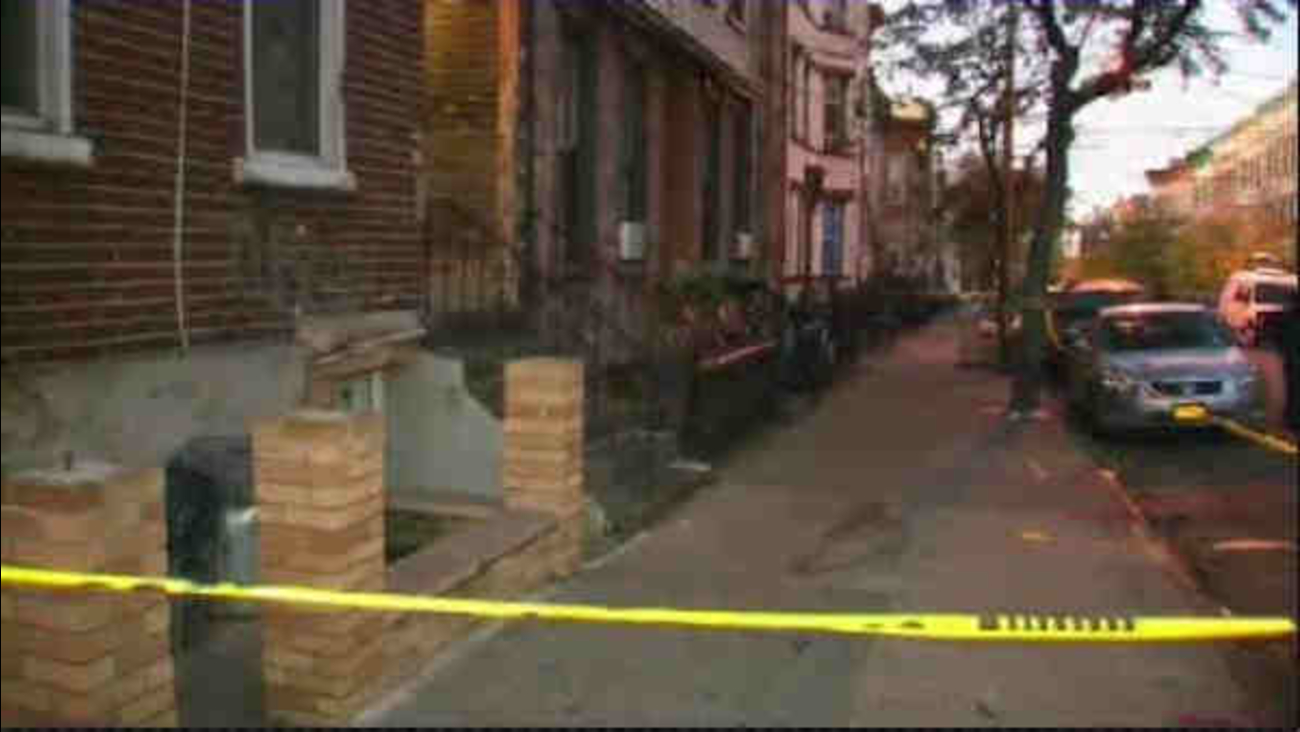 BROOKLYN, N.Y. (WABC) -- A 35-year-old man died after he was shot through the front door of his apartment building in the Bushwick section of Brooklyn early Wednesday.

Police say Hector Diaz walked down to the lobby of his Menahan Street building just after 1 a.m. When he got to the front door, a bullet went through it, striking him in the head.

He was rushed to Elmhurst Hospital, where he was pronounced dead.

According to authorities, Diaz's girlfriend was in the shower when she heard a noise and asked him to check it out. He grabbed a kitchen knife and headed to vestibule to investigate.

It appears the suspect may have been breaking into the vestibule door, which is clear glass, when he fired the shot.

The victim's girlfriend came down when she heard the gunfire and found him shot in the temple.