7 On Your Side: Dealership backs out on payment after crashing car it was buying 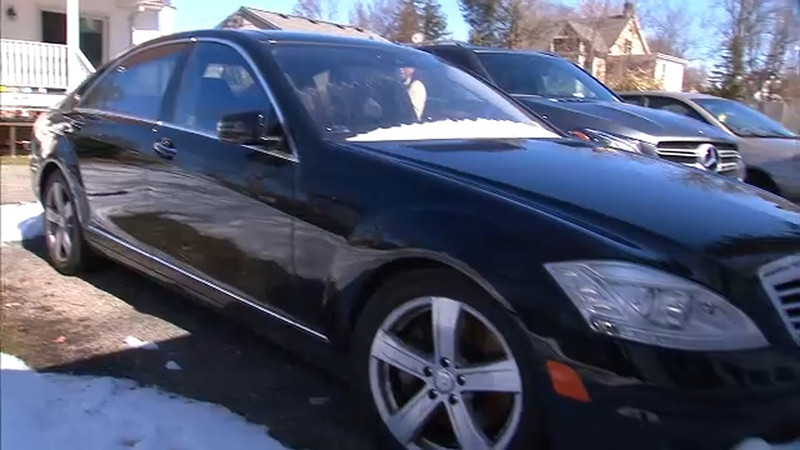 7 On Your Side: Dealership backs out on payment after crashing car it was buying

PLAINFIELD, New Jersey (WABC) -- A New Jersey woman selling a car to earn money for a sick relative ran into a roadblock when the deal she inked went south. Then she learned the car was involved in a wreck, so she drove straight to Nina Pineda and got 7 On Her Side.

The sales deal was signed. The dealership took possession of the car. But this was one used car deal that was miles away from the finish line. And months after the deal went off the rails, it took some work to get it back on track.

Annette Smith and her pastor are hoping for divine intervention on her godmother's car, after the Mercedes S550 was damaged in two places.

"Someone was driving the car and wrecked it," Smith said. "I'm not happy about it at all. I just want someone to own up to the responsibility."

Last fall, Smith got a signed agreement from a local dealer to sell it for $25,000. But the car sale stalled because she had to get a title with an accurate odometer reading. She left the car in dealer's care for more than a month, but after she finally got the paperwork, she went back to close the deal.

So smith scrubbed the deal and looked for another buyer, who ran a Carfax and found the car had been damaged while with the dealer. It was a fact that Smith says the dealership never told her anything about.

"Someone got into an accident in the front and the rear of the car," Smith said.

"Someone just took the old bumper and reattached it with a screw," her pastor said.

It was no wonder the car dealer was offering less, but Smith wasn't about to roll over.

"I needed someone to be on my side," she said.

We spoke to the dealer, pointing out its own signed agreement. And within days, Smith got the full amount of the deal from the dealership, $25,000.

The dealership's rep told us he never knew about the damage to the car. He said it may have happened when he sent the car to an outside auto auction to try to sell it. The rep also apologized for what he called an "error in judgment" for not living up to the original deal.

Some big takeaways are, when you're selling a car, get an agreement from the dealer that's signed by both parties. Print out a vehicle history, and check it for accuracy. And don't leave your car at the dealership while you're working out terms.

If using the app, click here to send us a news tip
Report a correction or typo
Related topics:
businessplainfieldunion countycarautomotive7 on your sideaccidentcrash
Copyright © 2021 WABC-TV. All Rights Reserved.
7 ON YOUR SIDE
Passport backlog has travelers scrambling, frustrated
Tabernacle damaged by out-of-control NYPD SUV gets payment
Should you Buy Now Pay Later with purchases?
7 On Your Side helps customer avoid hot tub hustle
TOP STORIES
Man suspected of lewd act also being questioned in Inwood attacks
Fire destroys NJ apartment building comprised of 48 units
Mayor calls on private employers to mandate vaccines for workers
Escaped bull still missing on Long Island
3 discovered dead inside Long Island home; baby found alive
Funeral services held for murdered New Jersey mom
Mother & child treated for 'significant' injuries in barbershop crash
Show More
Air, water patrols boosted after 2 days of shark sightings on LI
Video: Yorkie attacked by coyote fights back, protecting young girl
Woman struck over the head with kitchen pot, has walker stolen
AL governor: 'Start blaming the unvaccinated' for rising COVID cases
Police investigation creates backup at Holland Tunnel
More TOP STORIES News
Send us your questions, issues, and story ideas to Nina by filling out the form above, by emailing 7OnYourSideNina@abc.com, or contact Nina on her Facebook page or tweet her at Twitter @7OnYourSideNY! You can also call the 7 On Your Side Hotline at 917-260-7697.