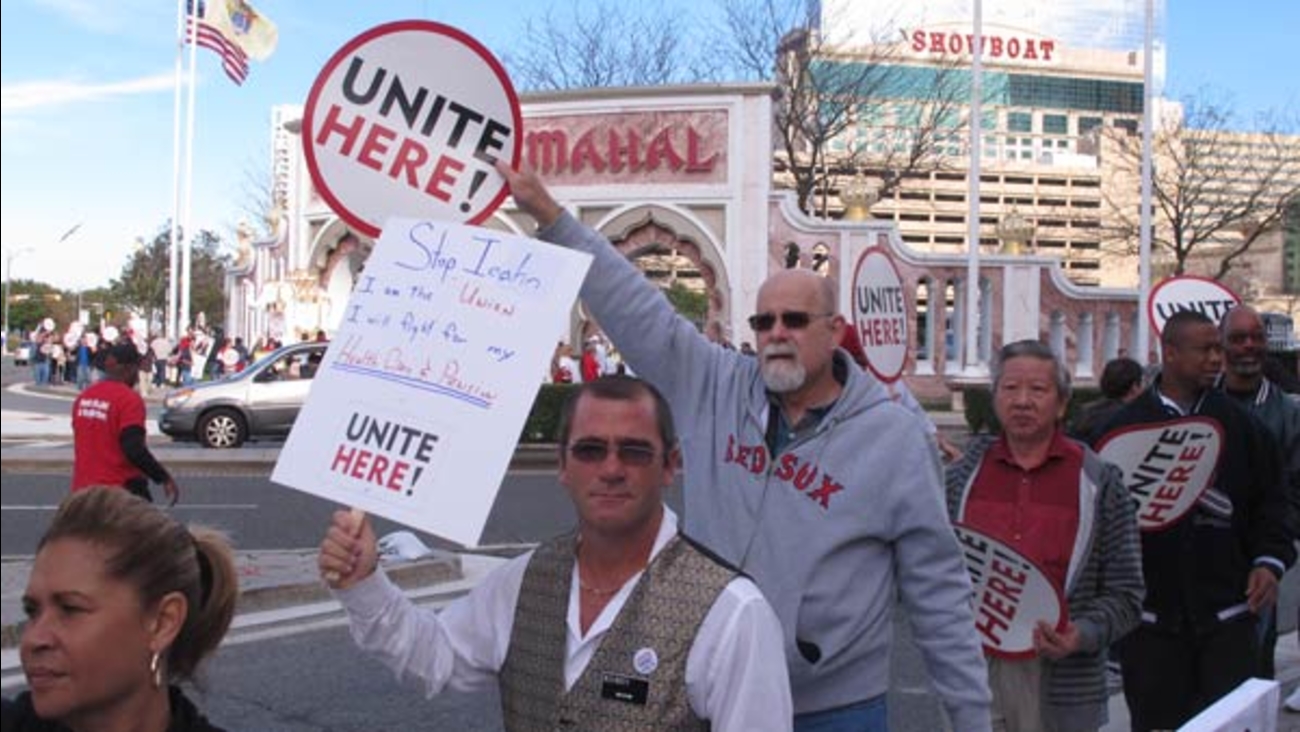 ATLANTIC CITY, NJ -- The parent company of Atlantic City's Trump Taj Mahal Casino Resort gave its union an ultimatum Monday: Drop your appeal of a court-ordered cost savings package or we shut the casino down and put 3,000 workers on the street.

Describing itself as "a very sick patient lying on his death bed," Trump Entertainment Resorts wrote to its 3,000 employees, calling on Local 54 of the Unite-HERE union to drop its appeal of a judge's order letting the company cancel its union contract.

The company said relief from health insurance and pension costs is essential to keeping the casino open past the end of this month, and it described its appeal to the union as a "last ditch" effort to keep the casino open.

"Our company is unfortunately hanging on by the skin of its teeth," company CEO Robert Griffin wrote to Taj Mahal employees. "We are quickly running out of money and will be forced to notify the gaming regulators that we will be closed within a month unless our problems are quickly resolved. Your company is like a very sick patient lying on his death bed, and his partner the union, who is supposed to help, is instead hitting him over the head with a hammer."

The union said it would consider any company proposal that would allow it to withdraw the appeal while protecting workers. It also said billionaire investor Carl Icahn, who would acquire the Taj Mahal by swapping $286 million in debt for ownership of the company, has bled it dry in recent years as its main lender.

"Carl Icahn has jacked the interest rate up on the Trump loans from 6.2 percent to 12 percent, ripped $350 million out of this company in four years, and now he says workers can't have health care, pensions, paid breaks and many other things that other Atlantic City casino workers enjoy," union president Bob McDevitt said.

Icahn didn't directly respond to the union criticism but posted a message on his Internet blog saying the Trump Entertainment letter "sums it all up."

The company got a bankruptcy court judge in Delaware to cancel its union contract last month. That freed Trump Entertainment from making health care and pension payments it said are making it impossible to survive.

The union is appealing that ruling, adding an element of uncertainty to the company's