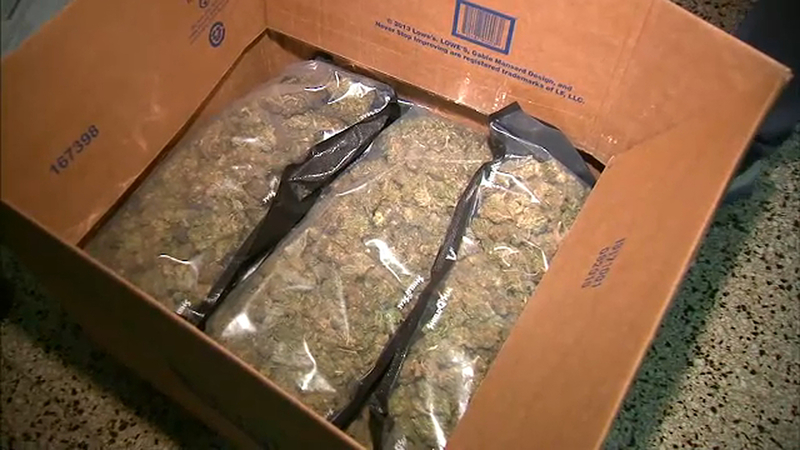 NEW YORK CITY (WABC) -- A businessman in Brooklyn says he plans to sue the NYPD for arresting him and confiscating what they said was a 106 pound shipment of marijuana.

The charges were later dropped because it turned out it was hemp for the man's CBD business.

The product was returned Monday to Ronen Levy and his brother, who was arrested by the NYPD after police seized the shipment.

The NYPD had posted the news of seizing the FedEx shipment on Facebook and Twitter, congratulating their officers of the 75th Precinct for their "relentless effort" to keep "106 pounds of marijuana off city streets."

The brothers insisted it was $30,000 worth of hemp, which is legal, for their CBD business.

"This proves it's hemp," said Ronen Levy, owner of Green Angel CBD. "100 percent hemp. It's a letter from the Department of Agriculture."

In November, NYPD Chief of Department Terence Monahan said: "It is currently at the lab at this point to make a final determination, was it hemp. The individual had no bill of lading justifying his delivery. so this is all part of an investigation."

"It's packed like this and when law enforcement opens the box they should see everything," said Ronen Levy. "One it's a notice to law enforcement, it's pretty obvious. It tells you, it recites the farm bill that passed right, which is in 2018 the farm bill. The whole nine yards. Our labs are in there right. There's licenses from the Department of Agriculture. Two licenses."

Levy says he received it for years with no problems until this year, when he says police treated him like a criminal.

In the meantime the Brooklyn District Attorney dropped the charges against the brothers.

Levy says after two months his product is now likely damaged. The brothers are now suing the NYPD for $10 million for emotional and financial stress, false arrest, and a sullied reputation.

So far there has been no response from the NYPD.

Organic hemp may look and smell just like marijuana, but it's different. Growers in Vermont said every box shipped contained clear documentation and test results showing "undetectable levels of THC."