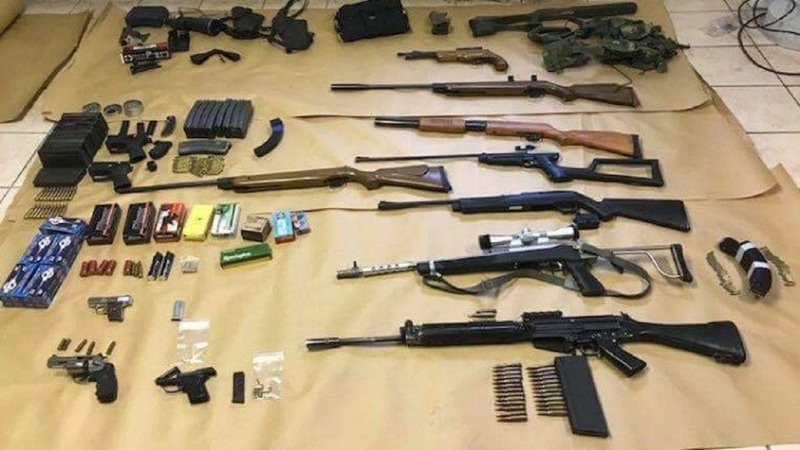 FLUSHING, Queens (WABC) -- The NYPD recovered more than a dozen guns, ammunition, knives and other supplies from a home in Queens; early Sunday morning.

Police came to the house on Mulberry Avenue in Flushing just before 4:30 a.m. about the possibility of shots fired. They said Alan Hoo, 46, had called, saying there was an armed assailant in his home.

Officers arrived to find a basement apartment with a cache of weapons and the apartment riddled with bullet holes.

Police still on the scene than 12 hours after discovering a cache of weapons at a home in Flushing, Queens. @ABC7NY @NYPD109Pct pic.twitter.com/ATi41wQ46x

They said they found Hoo alone in the apartment and under the influence of alcohol and prescription drugs.

Neighbors said they didn't hear the gunshots but were awoken by the police.

"I thought maybe it was a robbery," said Joan who lives next door.

Neighbors who know Hoo were shocked to learn about the early morning chaos.

"I see him every day. He is wonderful," Joan said. "I'm really shocked."

Hoo was reportedly going through a divorce, had kids and was splitting his time between New York and Florida.

His mother and brother lived on the floors above the basement he occupied.

Police remained at the property into the evening searching the home, two vehicles and a locked safe.