Cafablanca coffee cart lets you pay what you can 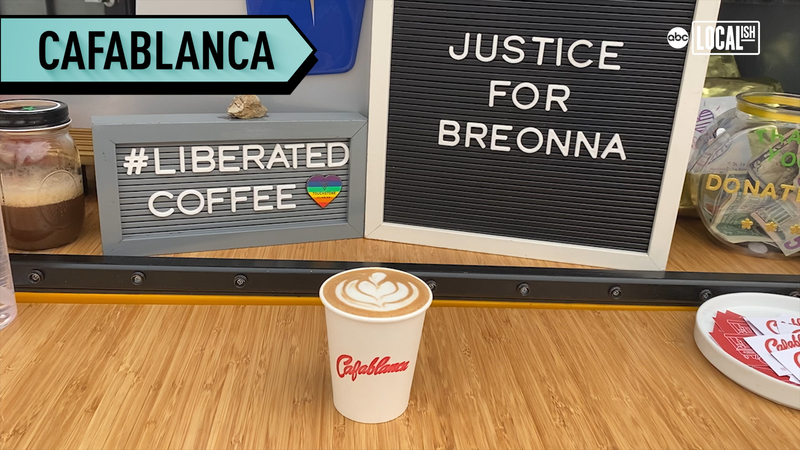 Coffee cart lets you pay what you can

LOS ANGELES -- The pop-up coffee cart, Cafablanca is on a mission.

"I initially launched this coffee cart as a catering service for film sets and special events," Kude told ABC7.

Kude, who has eight years of experience in the coffee business, said. But when the coronavirus pandemic hit, Cafablanca took a backseat. Kude said the retrofitted electric rickshaw, with an espresso machine built into it, sat in a parking lot for four months. In July, things got rolling.

"It wasn't until after the murder of George Floyd and the subsequent civil unrest that I was inspired to relaunch it with a new purpose," Kude said.

At Cafablanca, customers pay what they can.

"There's a lot of houseless people in this neighborhood and so for me to make them an artisan cappuccino makes this so special," Kude said.