"Mom, it's OK," Kyle reassured his mom from the back seat. "Just be calm."

"Yesterday I got to the point where I think I ran out of tears," Lindsy Doan told The Associated Press.

LOS ANGELES -- Lindsy Doan didn't think the water flowing over the creek crossing on San Marcos Road was deeper than normal when she tried navigating it in her SUV while driving her 5-year-old son to school.

But the creek, swollen with rain from California's epic winter storms, was much higher and flowing stronger than she anticipated. Doan cursed as she lost control of the steering and the 4,300-pound Chevy Traverse was carried off the road and pinned against a large sycamore tree.

They were the last words the little boy said to his mother before his fingers slipped away from hers and he was swept away Monday on California's central coast near Paso Robles.

"Yesterday I got to the point where I think I ran out of tears," Doan told The Associated Press. "I just don't know what to expect anymore. I mean, I've tried to do a Google search: How long can a child not eat? How long can they be in wet clothes? ... We're worried because I don't know if they're going to be able to find him."

More than 100 people, including National Guard troops, dive teams, searchers using dogs and drones and people picking through shoulder-high piles of driftwood on the banks of San Marcos Creek searched for a third day Wednesday for Kyle. So far, they've found only one of his blue and gray Nike shoes.

The storms that have relentlessly pounded California since the end of last year have claimed at least 18 lives. Most of the deaths have been caused by falling trees and people driving on flooded roads.

Kyle was listed as missing.

With a sister in high school and brother in college, he is the baby in his family and loves being the center of attention.

"He definitely capitalized on it," his mother said. "He loves making everyone laugh. He wanted to make everyone smile. He loves to please people."

As vacation came to an end, Kyle was excited to return to kindergarten Monday at Lillian Larsen Elementary School, his mother said. It was the first day he was going to be allowed to play without restrictions after recovering from a broken leg that required three surgeries and he was looking forward to seeing his friends.

Doan, a special education teacher at the school, was less enthusiastic, wishing she had a few more days off as she took the back road from their home near Paso Robles.

For most of the year, the creek running along San Marcos Road is like so many California rivers and streams - a sinuous band of sand that only flows with winter and spring rains. When it is flowing, it's often easy enough to drive through the shallow waters that course over the road in places.

The Doan family drove the same route Sunday to a truck stop on Highway 101, splashing through the waters without incident.

When Doan approached Monday in light rain, there were no road closures and she didn't think it looked any different from the day before.

"But as soon as I hit the bottom, my car started to drift and I realized that it wasn't the same," she said. "It was completely different."

Scotty Jalbert, emergency services manager for San Luis Obispo County, said river crossings can be deceiving and people can run into trouble after successfully fording them several times. As little as 6 inches (15 centimeters) of water is enough to knock a person off their feet and can even push a car off course if it's moving rapidly.

"We use the term, 'Turn around, don't drown,'" Jalbert said. "With this tragedy, when the responders got to the scene, the water was over the vehicle. Obviously, that kind of energy is going to cause a bad situation."

Jalbert said someone trapped in a car taking on water should get out of if they can and get on the roof, if possible.

Neil Collins and his wife, Danielle, who own an orchard off San Marcos Road had gone down to the creek that morning to see if they would be able to get out across the floodwaters.

When he saw waves of muddy brown water and the steady flow carrying sturdy oak and sycamore limbs downstream, he said, "This isn't going to end well for someone."

Within 15 minutes, his prediction had come true.

After Doan's car came to a rest against the trees it began taking on water, so she decided to abandon it. The windows wouldn't go down, but she was able to open her door and hug a tree. With the current pinning the rear door closed, she told Kyle to leave his belongings and climb into the front seat.

"I don't care about your backpack," she said. "I just want you to come to me."

She was able to grab his hand but her grip was tenuous and the current swept Kyle around the other side of the tree.

"I could feel his fingers slipping from mine," she said.

As the water pulled them apart, she let go of the tree to try to get her son, who couldn't swim.

"I saw his head kind of floating and he was looking at me because he was going backwards," she said. "I was trying to keep my head above the water, but the currents kept pulling me down. And after a while I didn't see Kyle or what was going on."

Collins missed seeing Doan drive into the creek. But her screams caught his attention.

"I looked at my wife and said, 'That sounds like a human,'" he said. "I heard a second scream and just ran up the river."

In a typical winter, the river may be waist deep, but he guessed it was up to 12 feet (3.6 meters) deep and four times its width when it's running.

After he spotted Lindsy Doan struggling to stay afloat, Collins noticed another body floating in the middle of the creek and thought it looked lifeless. So he focused on Doan, who was closer to shore.

He ran alongside her downstream while his wife called 911 and some orchard workers brought a rope. Eventually, Doan managed to grab some branches of bushes underwater and Collins and his crew tossed her a life line.

Doan was hysterical when she made it to shore, Collins said. It was only then that he realized the other figure that washed by was her little boy.

If Doan had floated another 100 yards (91 meters), he's not sure he could have helped her. An embankment and barbed wire fence would have prevented him from running alongside her.

"Time was running out," he said.

Brian Doan, Kyle's dad, is grateful his wife was saved. He doesn't fault her for driving that route and thinks she did the right things to try to save their son.

When asked what her son might say to her in this time, Doan took a breath and collected her thoughts before saying that Kyle always wanted his family to be happy and feel good.

"Maybe he would say something like ... 'There's nothing that you can do, Mom, it's OK. Everything will be OK." 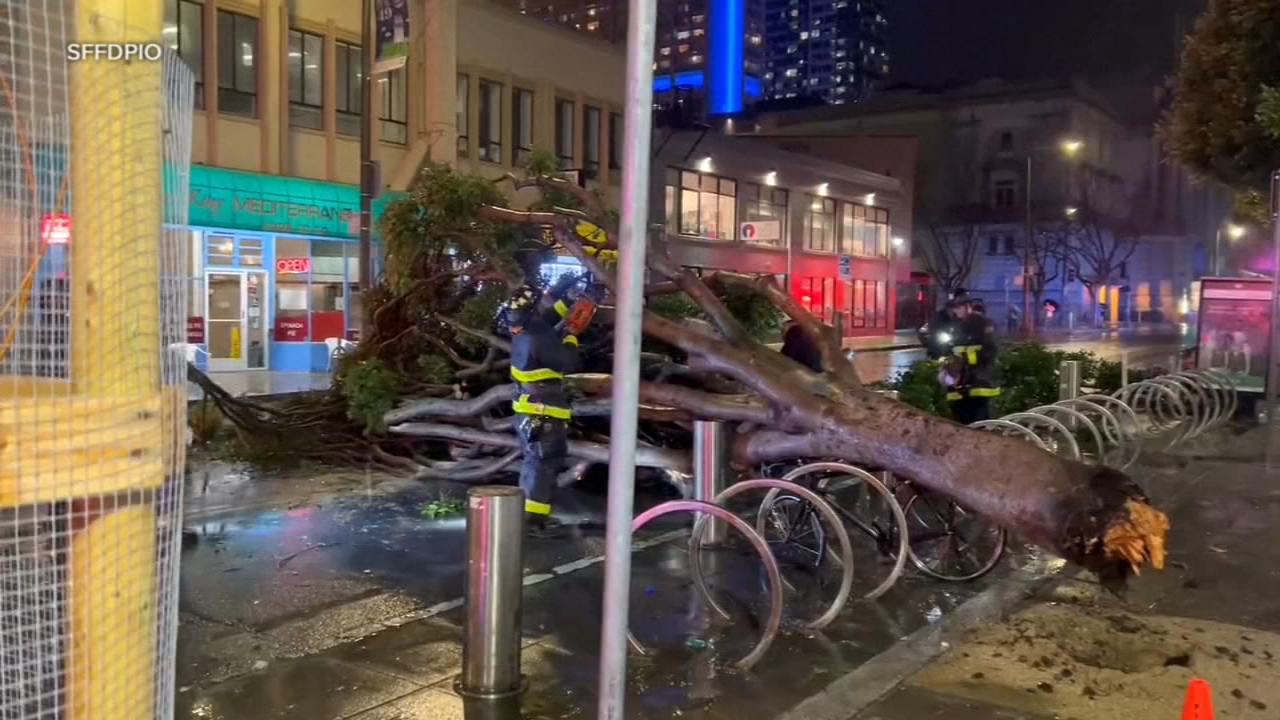 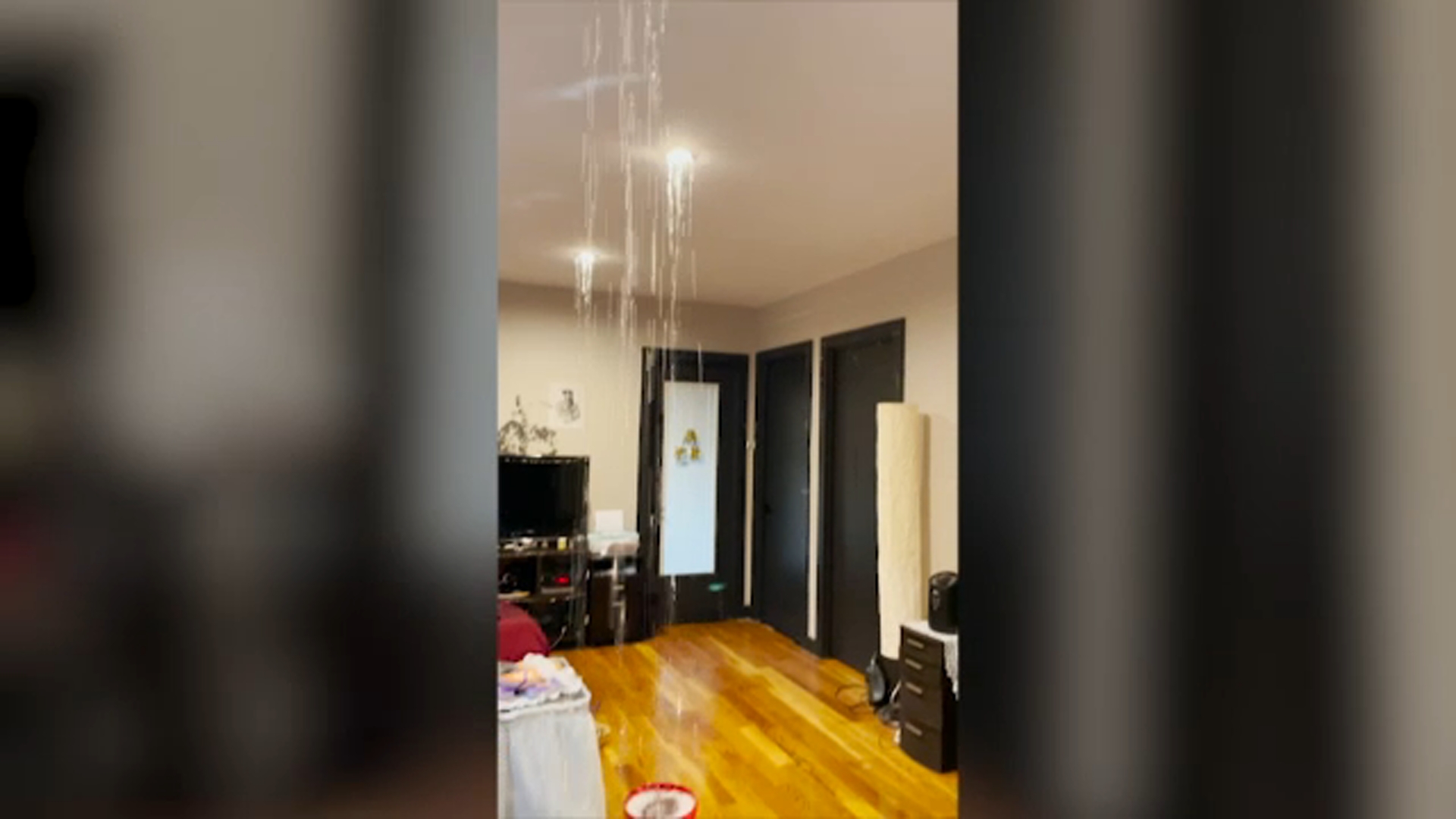