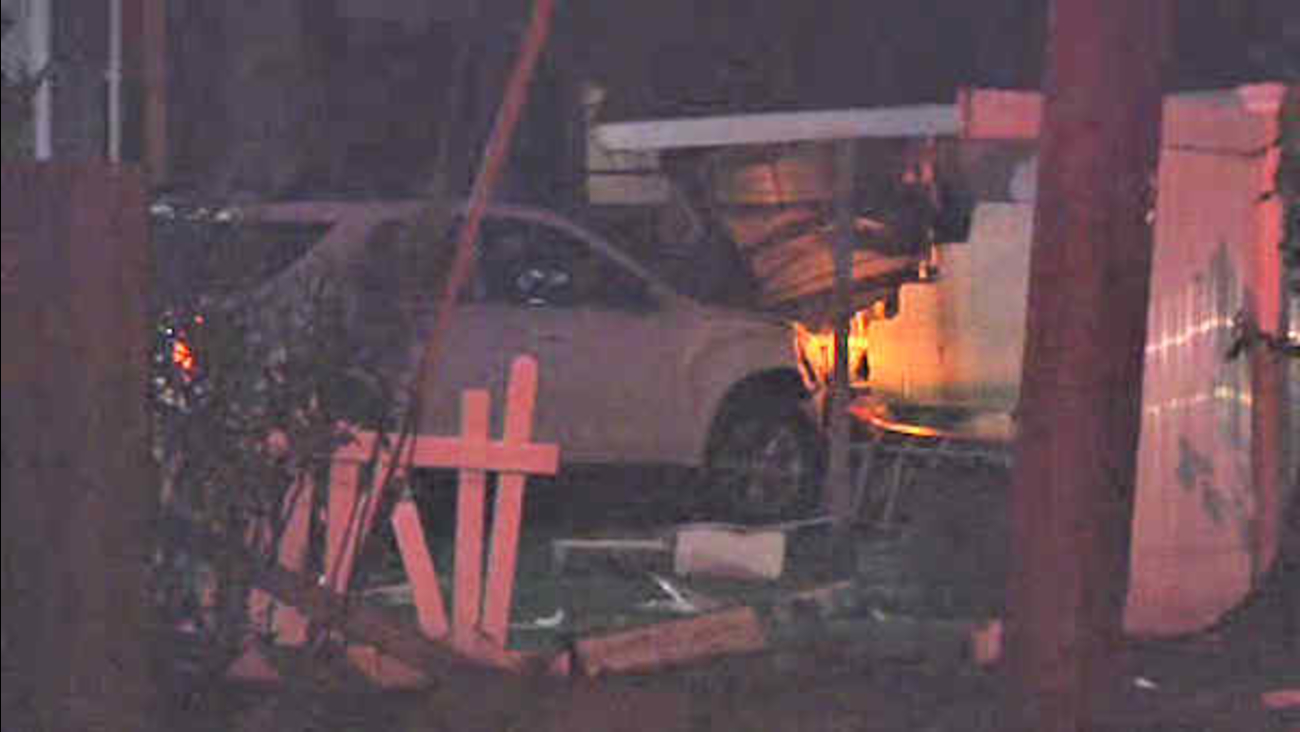 WABC
FLORAL PARK (WABC) -- Nassau County police are seeking a suspect who stole a car and crashed it into a garage minutes later in Floral Park Sunday.