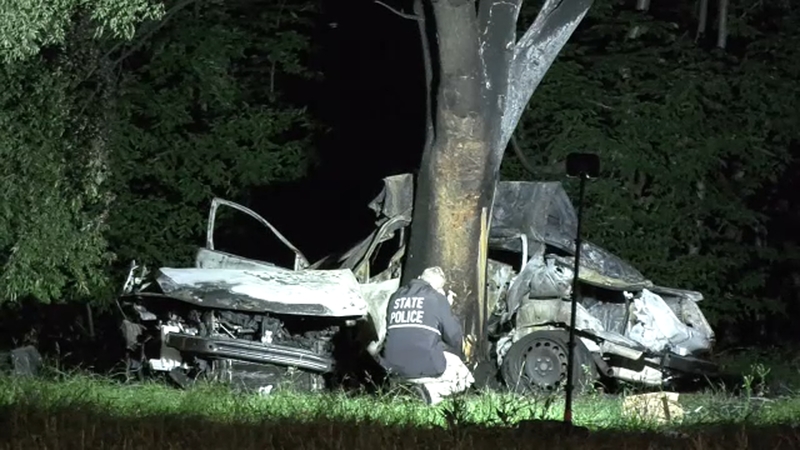 2 killed after accident on Wantagh State Parkway on Long Island

It happened around 12:50 a.m. in the northbound lanes south of exit W2 in East Meadow.

Officials said one of the vehicles driving northbound struck the rear of another. The impact caused the car that was struck to lose control, fly off the road and crash into a tree. It then became fully engulfed in flames.

Two people inside one of the vehicles were pronounced dead at the scene, and their identities have not been released.

All lanes on the parkway northbound from Hempstead Turnpike to Old Country Road at Exit 2 were closed for five hours but have now re-opened.

A police investigation is ongoing.

The New York State Police is requesting that anyone who may have witnessed this incident contact State Police Farmingdale at (631)756-3300. All calls will remain confidential.