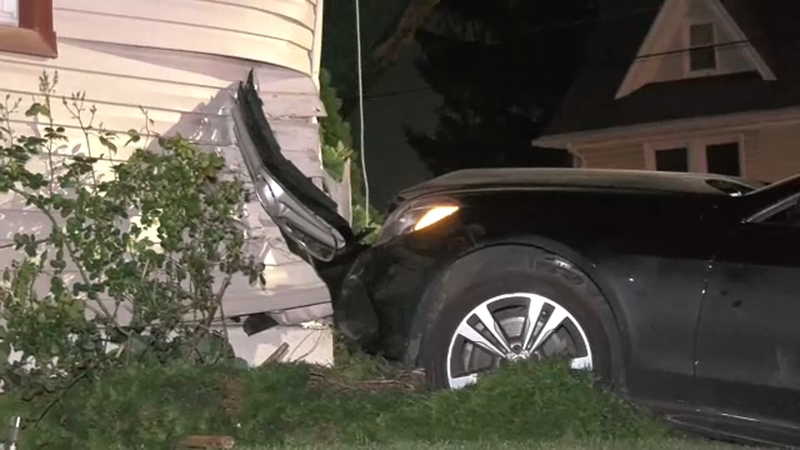 ST. ALBANS, Queens -- A car crashed into the front of a house in Queens Tuesday morning.

The car ended up in the front lawn of the home on Newburg Street in St. Albans just after 3 a.m.

The vehicle left a major dent into the exterior of the home and knocked the drywall loose inside.

The female passenger in the car fled the scene. A male inside the vehicle stayed and was seen transferring several pairs of shoes to another vehicle.

He claims he was sideswiped by another vehicle, causing him to crash into the home.

The homeowner was very upset and says she has questions about how the crash happened.

"I'm saying how the hell did he get up there?" said Annemarie Mills, the homeowner. "He had to have been going at a very fast speed to have gotten into my house. I'm mad because I am the owner of the house, that's why I'm mad."