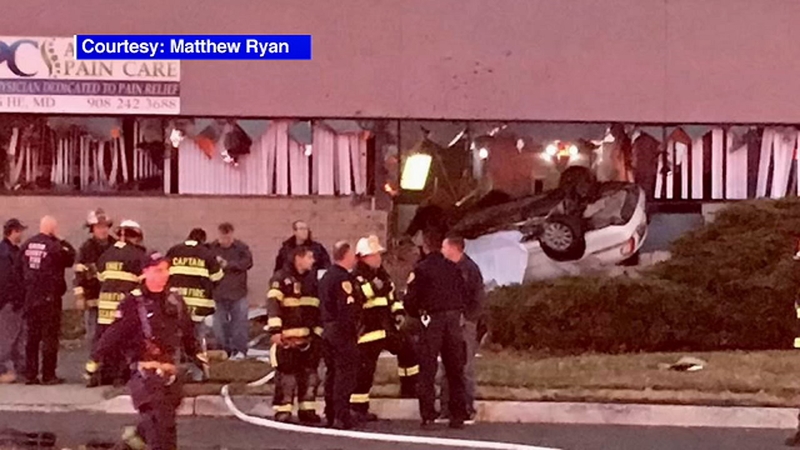 SPRINGFIELD, New Jersey (WABC) -- Authorities in New Jersey say a driver was killed when he crashed into a medical office building during a police chase.

The medical practice in Springfield that focuses on advanced pain care became a fiery crime scene Sunday night when a car flipped and smashed into the front of the building.

Flames reportedly erupted, but were extinguished before spreading into the rest of the building. The driver was pronounced dead at the scene.

The accident happened Sunday afternoon on Route 124 in Springfield, New Jersey, which is right off Route 78.

Even though it is not their jurisdiction, officials say Union Police were in pursuit of the driver and crossed into Springfield. Somehow the driver ended up crashing into the doctor's office.

"It's sad - holidays. Somebody lost a life. Could have been a lot worse with other people hurt. Luckily no one else hurt," says SanDee Czepurko.

As investigators try to determine why Union Police wanted to apprehend the driver and why they were engaged in a police chase, members of the Elks Lodge across the street tell Eyewitness News that the medical building has been struck before - in fact, this is a third time a car has gone into the building.