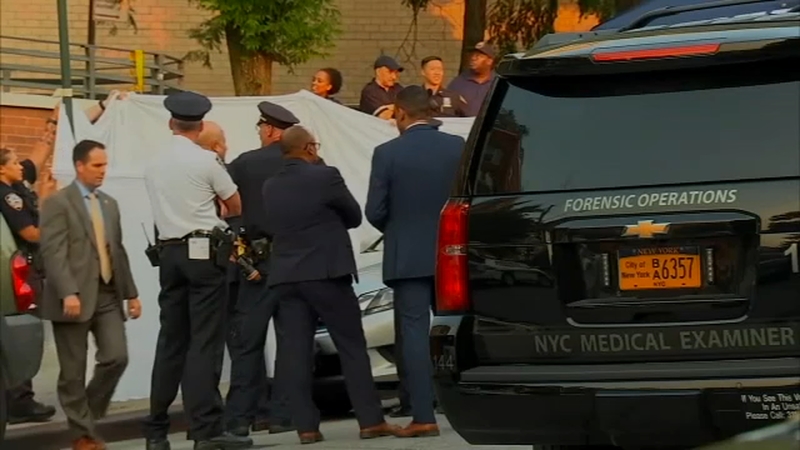 BRONX, New York City (WABC) -- As family and friends prepare to say goodbye to the one-year-old twins who died after being left in a sweltering car in the Bronx, lawmakers, carmakers and child advocates are trying to prevent any additional hot car deaths.

Yet Cabrera acknowledged the real action needed is for Congress to pass the Hot Car Act, which would require automakers to make the safety measure standard.

"It baffles me. I think it's imperative that it's passed now, that we have bipartisan support because we're talking about children's lives that could be saved. It's preventable," he said.

This call comes after Juan Rodriguez, a father from Rockland County, went to work in the Bronx July 26 -- a sweltering hot day -- and forget that he left his one-year-old twins, Luna and Phoenix, inside his parked car.

Rodriguez returned eight hours later to find his children lifeless and frothing at the mouth. A criminal case against the 39-year-old is on hold after he was charged with criminally negligent homicide and manslaughter.

Some automakers already have this technology in newer vehicle models. Nissan, for example, uses "rear door alert" technology in 10 of its 2019 models.

Monitors recognize when a child is placed into a car, and the car alerts the driver with a warning light -- then a honking noise -- if the rear doors are not opened.

Hyundai also showed off a similar alarm system at the press conference Friday, and a child safety advocate pointed out inexpensive aftermarket options, like Sense A Life.

The goal, of course, is to prevent a tragic accident that occurs with shocking regularity, said Susan Auriemma, vice president of kidsandcars.org.

"Clearly Mr. Rodriguez adores his children. It has to do with the failure of the brain's memory. It has to do with overtaxing our brains in this day and age, and when the autopilot takes over our conscious memory, it allows us to drive," she said.

A wake for the Rodriguez twins was held in Yonkers Friday.