He returned to the scene in Brooklyn hours later apparently.

BEDFORD-STUYVESANT, Brooklyn (WABC) -- An off-duty NYPD cadet is under arrest, accused of leaving the scene of a chain reaction crash that sent a car into a Brooklyn coffee shop.

Witnesses say a black sedan sideswiped the silver Challenger just before it jumped the curb around 8:30 a.m. Thursday and slammed into the Civil Service Cafe. The driver of the sedan, allegedly Acevedo, sped off before police arrived.

The sheer force of the impact followed by the sound of shattered glass and falling bricks sent people running from every direction to the scene of the crash.

"The car just came from nowhere...went straight inside the coffee shop and people," one witness said. "The woman was screaming, the one who went under the car, and the guy was sitting right in front."

Eyewitness News spoke by phone with a witness who said she was driving behind the Challenger just before the accident occurred. She said the sedan suddenly veered and sideswiped the Challenger, forcing the driver to lose control and jump the curb.

"This wasn't just the one car, there was two cars involved," she said. "There's cameras everywhere, so if they don't find his plate and car at that intersection, there will be another camera that picks it up."

The driver of the Challenger injured his arm, while another passerby had only minor injures.

Throughout the afternoon, accident investigators collected evidence as engineers with the Department of Buildings surveyed the extensive damage left behind and evaluated the structural integrity of the building.

All utilities were shut off to the building.

Acevedo was arrested after returning to the scene of the crash hours later.

He was charged with leaving the scene of an accident and not properly signaling. 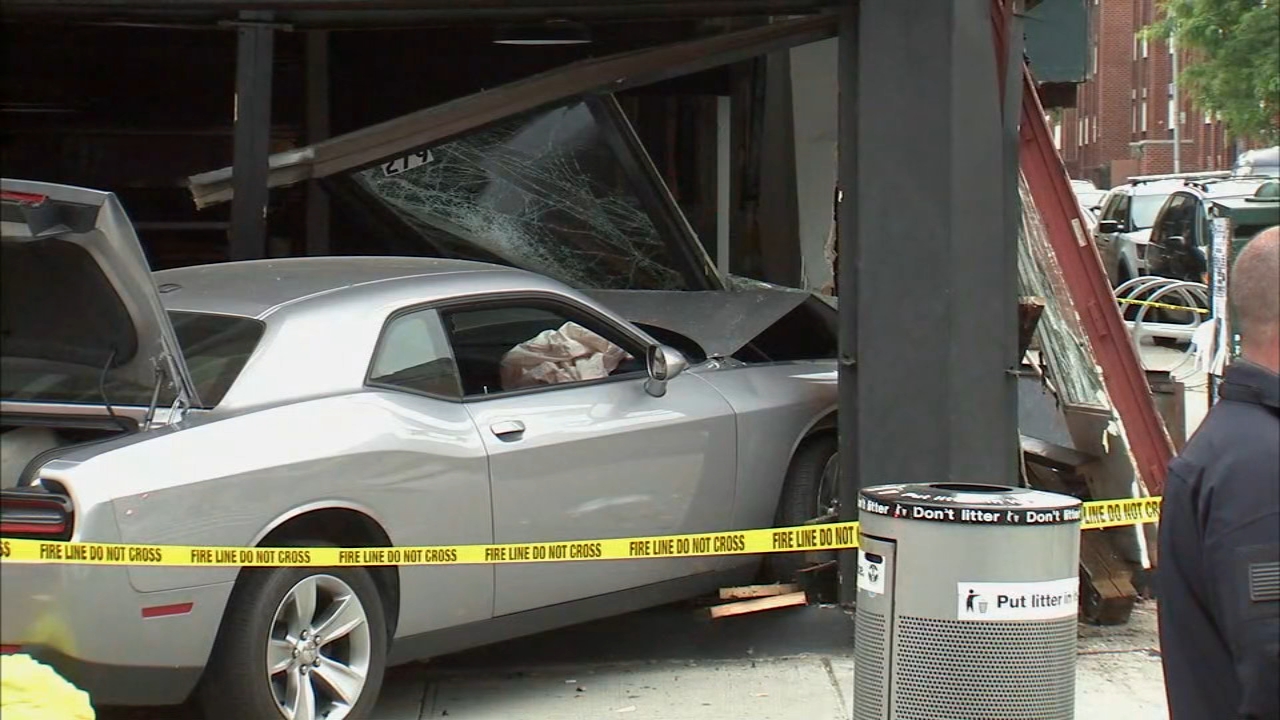