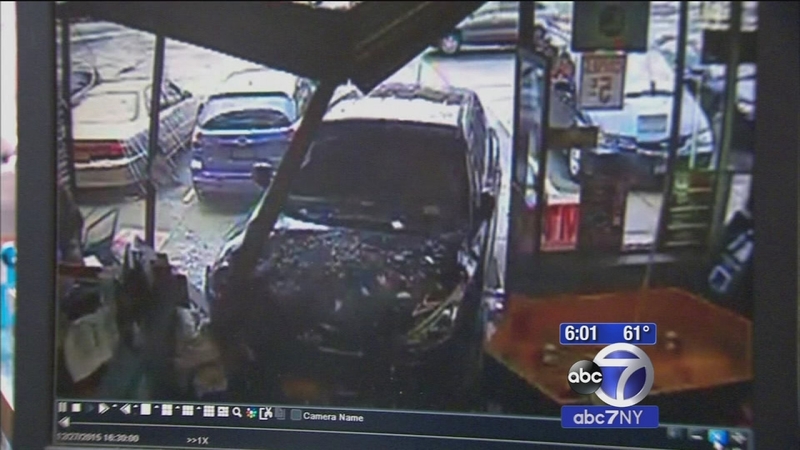 NEW ROCHELLE (WABC) -- One person is hospitalized after an elderly driver crashed her car into a store in New Rochelle on Sunday.

An 88-year-old woman was driving the SUV, and it is unclear why she lost control. The man who was hit inside the convenience store did not see the crash coming.

A man walked into the store on 430 Pelham Road, and the woman appeared to be parking. She then plowed right through the storefront, and the customer was knocked to the ground.

Family members say the victim is Jeff Weiner. He suffered a broken ankle and underwent surgery Monday morning. A cousin says Weiner has lived in New Rochelle for over 30 years and the store was one of his usual local stops.

Gary Phillips was in the store buying a lottery ticket, and was right next to the man who was hit.

"He said he was hurting, so I tried to help him out," Phillips said, "he never lost consciousness - he was just complaining about his leg - it frightened me."

The driver was not injured, and the cause of the accident remains under investigation.