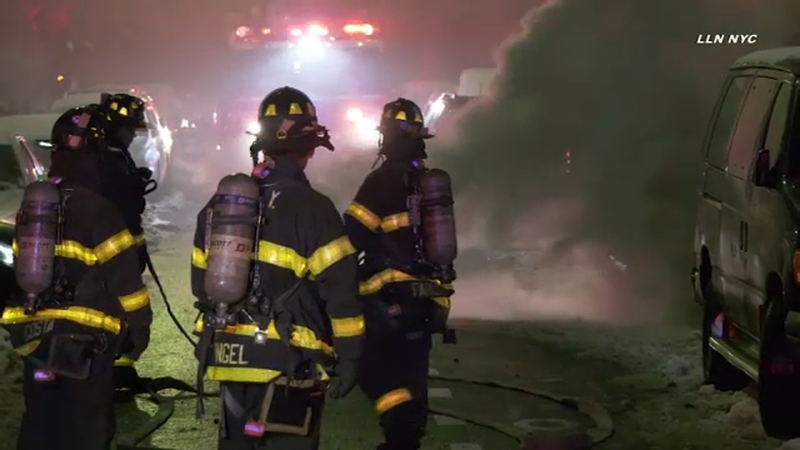 JACKSON HEIGHTS, Queens (WABC) -- At least 21 people have been evacuated from their homes following an apparent carbon monoxide leak in Queens.

The incident happened Friday night when FDNY units responded to a call of gas odors at 81st Street in Jackson Heights.

Operations at the scene determined that high levels of carbon monoxide were present and nearby residents were quickly evacuated.

There are reported to be eight injuries, all among residents.

Four patients were transported to a nearby hospital while the remaining four were treated at the scene.