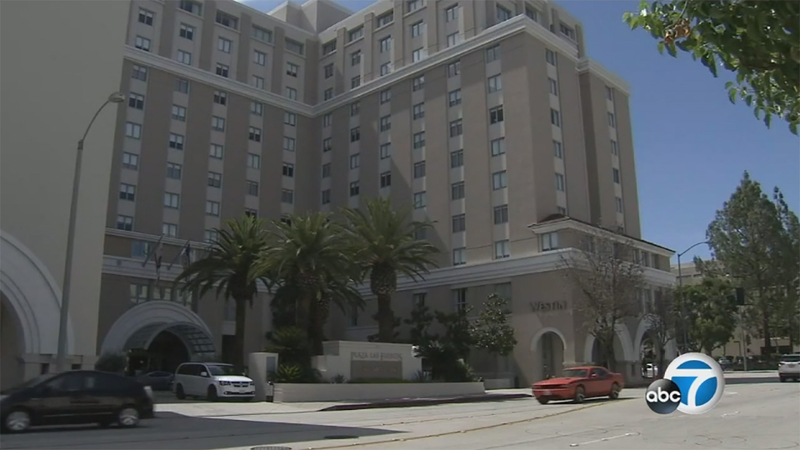 PASADENA, California -- An African-American mother recorded what she said was a racist encounter with a man at the Pasadena Westin Hotel while she was vacationing in the area.

Carle Wheeler said a man in a striped blue shirt started harassing her and her 5-year-old daughter when they were swimming in the pool at the hotel. She said he asked her and her child if they had showered before getting into the water because people carry diseases.

She said he claimed to work for the health department and was concerned the pool would have to be shut down. But at the time, there were other people in the Jacuzzi, Wheeler said. She said they were white and not approached by the man.

Those people came to Wheeler's defense, even calling the front desk themselves because they found the situation inappropriate.

Wheeler said she shot the video of the encounter out of frustration and was heartbroken for her daughter to experience something like this.

"I teach her what's proper and what's not and that's not proper for a man to ask any woman or child had they showered before they got into a pool. There were other people out there, like I said, he didn't ask them if they showered. He only asked us," she said.

She added that she's also upset with how the manager handled the situation. The manager didn't question the man and let him leave. It wasn't until after the manager figured out Wheeler was being harassed that she said he then tried to find the unidentified man.

Wheeler said she isn't sure if the hotel figured out who the man was because she hasn't heard from the staff.

The hotel released a statement regarding the situation.

"In light of these events that happened, we feel it is important to share that we do not condone comments or behavior directed to our pool guests. The safety and security of our guests is our top priority. We strive to maintain an environment where our guests feel welcome and are treated with equal respect and attention from our team."

Wheeler said she and her daughter checked out early Monday. Since police were not called, a report was not filed regarding the incident.