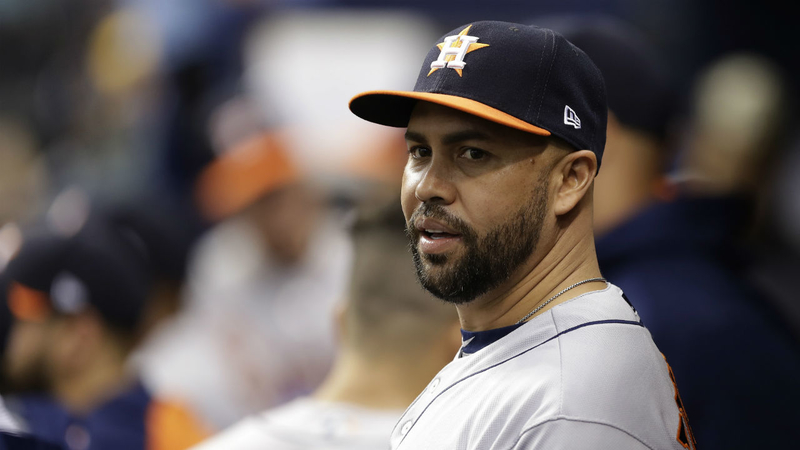 Reports: Mets plan to make Carlos Beltran their next manager

Beltran spent parts of seven of his 20 MLB seasons with the Mets and will replace Mickey Callaway in the dugout.

Beltrán received a three-year contract that includes a club option for 2023.

He was an advisor to Yankees general manager Brian Cashman and was a finalist for the Yankees job before it went to Aaron Boone.

Mickey Callaway was fired as the New York Mets manager after his second season on the job.

The move to fire Callaway earlier this month, which was widely expected, came four days after New York wrapped up an 86-76 season that marked a nine-win improvement over his 2018 debut.
While the persistent Mets certainly made strides , it's no surprise general manager Brodie Van Wagenen wanted to make a change and bring in his own choice to manage the team.

The 44-year-old Callaway was hired under previous GM Sandy Alderson and retained after Van Wagenen, a former player agent, took the job nearly a year ago.

"Congratulations to Carlos. We are thrilled, as we know our passionate fans will be, to have him back in the family," Mets COO Jeff Wilpon said in a statement. "Thanks to Brodie and the entire baseball operations staff on this expansive, diverse and collaborative managerial search process."

Beltran signed a $119 million, seven-year contract with the Mets in January 2005 and helped them win the NL East in 2006, but he took a called third strike with the bases loaded against Adam Wainwright, ending New York's 3-1 loss to St. Louis in Game 7 of the 2006 NL Championship Series.

Beltrán got into a flap with Mets management in January 2010 when he had surgery on his right knee without their approval.

Beltrán went to Colorado to be examined by Dr. Richard Steadman, who operated. Assistant general manager John Ricco said at the time the team wanted to discuss Steadman's diagnosis and possibly seek a third opinion but was never given the opportunity.
With New York out of contention in 2011, the Mets traded Beltrán to San Francisco that July for pitcher Zack Wheeler.