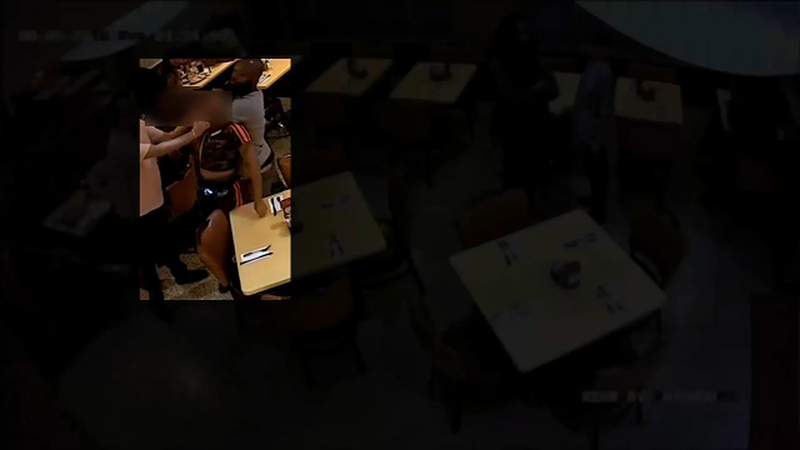 WEST VILLAGE, Manhattan (WABC) -- Police have released new video of an incident at a West Village diner that resulted in robbery charges against Brooklyn-born rapper Casanova.

The NYPD said the additional video released Thursday shows a man holding the victim in a chokehold.

He is described as a black male with a bald head and a beard. He was last seen wearing a gray shirt, white sneakers, and denim shorts.

Casanova's attorney Scott Leemon said the rapper denies punching the victim.
"Casanova adamantly denies the allegation that he assaulted anyone," Leeman said. "Any contention he did so is totally false. We are in the process of conducting our own investigation into these false allegations."