The final straw for former Trump White House aide Cassidy Hutchinson with her first attorney came when he told her to stop cooperating with the January 6 House select committee.

WASHINGTON -- The final straw for former Trump White House aide Cassidy Hutchinson with her first attorney, paid through allies of former President Donald Trump, came when he told her to stop cooperating with the January 6 House select committee even if she risked a contempt of Congress charge, transcripts of her interviews and sources familiar with her testimony tell CNN.

Hutchinson made the comments when she returned to the select committee in September to discuss the pressure campaign she felt from Trump allies.

"I'm f***ed," Hutchinson testified she said to her mother in the days leading up to her first interview with the committee in February. Hutchinson said she felt she had no other option but to retain Trump-aligned lawyer Stefan Passantino because she couldn't afford to pay high costs of other lawyers she contacted to represent her.

She continued: "'I am completely indebted to these people,' and I was like, 'And they will ruin my life, Mom, if I do anything they don't want me to do.'"

Hutchinson, a former aide to White House chief of staff Mark Meadows, told the committee that Passantino repeatedly urged her to downplay her role in the White House and to say she did not recall events. She said that Passantino and other Trump associates dangled job offers around the time of her first two depositions with the committee, while her lawyer and others told her to remain loyal to Trump and she would be "taken care of."

Hutchinson said that her "breaking point" with Passantino came in June when he advised her not to speak to the committee any more, saying that risking "contempt is a small risk, but running to the right is better for you."

According to a friend Hutchinson reached out to around that time, who spoke to CNN exclusively, while Hutchinson had long been concerned with Passantino's advice, the advice that she risk the contempt charge create a sense of urgency for the former White House aide. Hutchinson expressed to her friend that there was more she wanted to share, but Passantino was urging her not to. Hutchinson told her friend that former White House employees were basically being directed to not share certain things by attorneys paid by Trump world. Hutchinson also expressed concern that committee investigators were not asking the right questions.

"It wasn't just that I had Stefan sitting next to me; it was almost like I felt like I had Trump looking over my shoulder," Hutchinson testified about her initial depositions before the committee. "Because I knew in some fashion it would get back to him if I said anything that he would find disloyal. And the prospect of that genuinely scared me. You know, I'd seen this world ruin people's lives or try to ruin people's careers. I'd seen how vicious they can be."

She did stress, however, that Passantino did not tell her explicitly not to lie.

Hutchinson delivered some of the most damning testimony against the former president in the committee's investigation into January 6, which is wrapping up this week with its final report. Hutchinson's surprise public testimony revealed new details about Trump's erratic behavior after the 2020 election and an episode in which Trump got into a heated argument with his Secret Service detail after his January 6 speech on when his detail would not take him to the Capitol.

CNN has reached out to Passantino for comment on Hutchinson's interview.

Passantino earlier this week maintained to CNN he was ethical when he represented Hutchinson and said he believed her initial rounds of testimony to the committee were truthful and that she was being cooperative. "I believed Ms. Hutchinson was being truthful and cooperative with the Committee throughout the several interview sessions in which I represented her," he said in a statement.

The details from the transcript of two days of interviews Hutchinson sat for in September accompanied by her new legal team -- when she chose to return to the committee months after her June public testimony - reveal new insights about her experience with the Trump-world lawyer and the steps Hutchinson secretly took to try to tell the committee the truth, even before she eventually switched lawyers. Her testimony also adds additional context surrounding the committee's previous allegations of witness tampering.

Passantino represented Hutchinson for her first three depositions earlier this year, after she was subpoenaed by the committee in late 2021. The committee has not yet released those transcripts so it's unclear how often Hutchinson said she did not recall events in her initial interviews.

Hutchinson switched lawyers in June before her public testimony to Jody Hunt, who was chief of staff to former Attorney General Jeff Sessions and assistant attorney general for the Justice Department's Civil Division.

CNN reported Tuesday that the committee was referring to Passantino when it described an unnamed lawyer telling a committee witness to say that she could not recall events that she knew in its summary released this week.

Hutchinson said in the deposition that she had shared the details about her experience with the Justice Department as well.

Hutchinson said that Passantino told her not to lie. "I want to make this clear to you: Stefan never told me to lie. He specifically told me, 'I don't want you to perjure yourself, but 'I don't recall' isn't perjury. They don't know want you can and can't recall,'" she testified.

But during a pre-interview meeting, her lawyer also repeatedly told her she could say she did not recall events. "The less you remember, the better," Passantino told her, according to Hutchinson's testimony.

He waived her away from discussing what she knew about Trump's argument with his Secret Service detail in the presidential limousine on January 6, she told the committee. "I remember he, like, sat back in his chair and he's like, 'No, no, no, no, no. We don't want to go there. We don't want to talk about that.'"

Shan Wu, a Washington-based defense lawyer and frequent CNN legal commentator, said lawyers can't tell clients what they should and shouldn't remember. "That could become an obstruction issue," he said.

"It's actually quite easy. You can't instruct the client to lie," Wu added. "You can say, 'don't overshare. Don't start volunteering information.'"

Hutchinson's description of Passantino's reassurance the morning of her first interview in February reads like something out of a novel.

"Everything's going to be OK. We're taking care of you," Hutchinson described Passantino as saying. "Just downplay your position. ... It's not fair that Mark [Meadows] put you in this position. We just want to focus on protecting the president. We all know you're loyal. Let's just get you in and out, and this day will be easy, I promise."

When Hutchinson was, in fact, asked about the January 6 incident with Trump and his Secret Service detail, she panicked, telling Passantino she thought she'd lied to the committee by saying she didn't recall it.

"And he said, 'They don't know what you know, Cassidy. They don't know that you can recall some of these. So you saying, "I don't recall" is an entirely acceptable response to this,'" she testified.

"They don't know that there is something," Passantino added, according to her testimony.

During the September deposition, Hutchinson revealed her private turmoil over being beholden to the former President after turning to a Trump-backed lawyer because she couldn't pay for six-figure legal bills.

In what she called "one thing I regret in all of this," Hutchinson described begging her father, who she said she doesn't have a relationship with, to lend her the money.

"I said I would pay him back, like, 'name your interest rate,'" she said. "And he just didn't get it. And I didn't expect him to. But I just left there feeling defeated."

Following her first interview, Hutchinson was put in touch with former Trump aides Jason Miller and Justin Clark about potential job opportunities, she testified. She was called back for a second deposition, and received a call from Meadows' top aide, Ben Williamson, the night before. The transcript reveals for the first time that it was Williamson whom Rep. Liz Cheney, a Wyoming Republican, was quoting at the end of Hutchinson's public testimony in June, as one of the individuals who was pressuring her.

"He said something to the effect of, 'Well, Mark wants me to let you know that he knows you're loyal and he knows you'll do the right thing tomorrow and that you're going to protect him and the boss,'" Williamson told her, according to Hutchinson's testimony.

In the weeks after her second interview, snippets of testimony from Hutchinson and other witnesses were included in the committee's public court filings, leading to blowback from Trump for others.

Hutchinson said that Passantino told her Trump wasn't mad about what she'd said. "'But it's just a good reminder that the boss does read transcripts. And we want to make sure that like whatever he's reading isn't going to put you in a bad situation,'" she said he told her.

Hutchinson testified that the feeling she was hiding information from the committee kept gnawing at her and that she turned to former White House aide Alyssa Farah Griffin for advice. Hutchinson testified that she asked Griffin, now a CNN political analyst, to act as a backchannel to the committee so they could call her back in and know what questions to ask -- without telling her lawyer.

"Cassidy Hutchinson is a patriot who bravely upheld the oath she swore when she took a job in the White House. I'm grateful for her willingness to share the unvarnished truth with the American public," Griffin told CNN on Thursday.

Hutchinson was soon called back for a third interview, which she went to with Passantino. During breaks, he was shocked they seemed to know what to ask her. "And he'd say, 'But no one's talking about any of this stuff, Cassidy. Like as far as I know, nobody's talked about any of this,'" she testified.

After the session, Passantino shared information from the interview with other Trump-aligned lawyers over Hutchinson's objections, including Meadows' attorneys George Terwilliger and John Moran, she testified. He also spoke with former Trump White House lawyer Eric Herschmann about the interview, Hutchinson said.

The committee had suggested it might seek Hutchinson to return to testify once more in a classified setting, and Hutchinson asked Passantino whether she had heard from the committee about additional interviews.

Hutchinson said he advised her not to agree to any additional interviews, saying, "Contempt is a small risk, but running to the right is better for you" -- which she understood to mean "Fox News, Trump world Republicans."

"We really think this is what's best for you, Cass. Like, this needs to end at some point, and I think it just needs to end now," Passantino told her, according to her testimony.

That conversation prompted her to switch attorneys, Hutchinson said.

"It was clear for a long time that he was not representing my interests in how he knew I wanted to facilitate my relationship with the committee," she testified. "But I was not going to let this moment completely destroy my reputation, my character, and my integrity for a cause that I was starkly opposed to. And that's pretty much the end of me and Stefan." 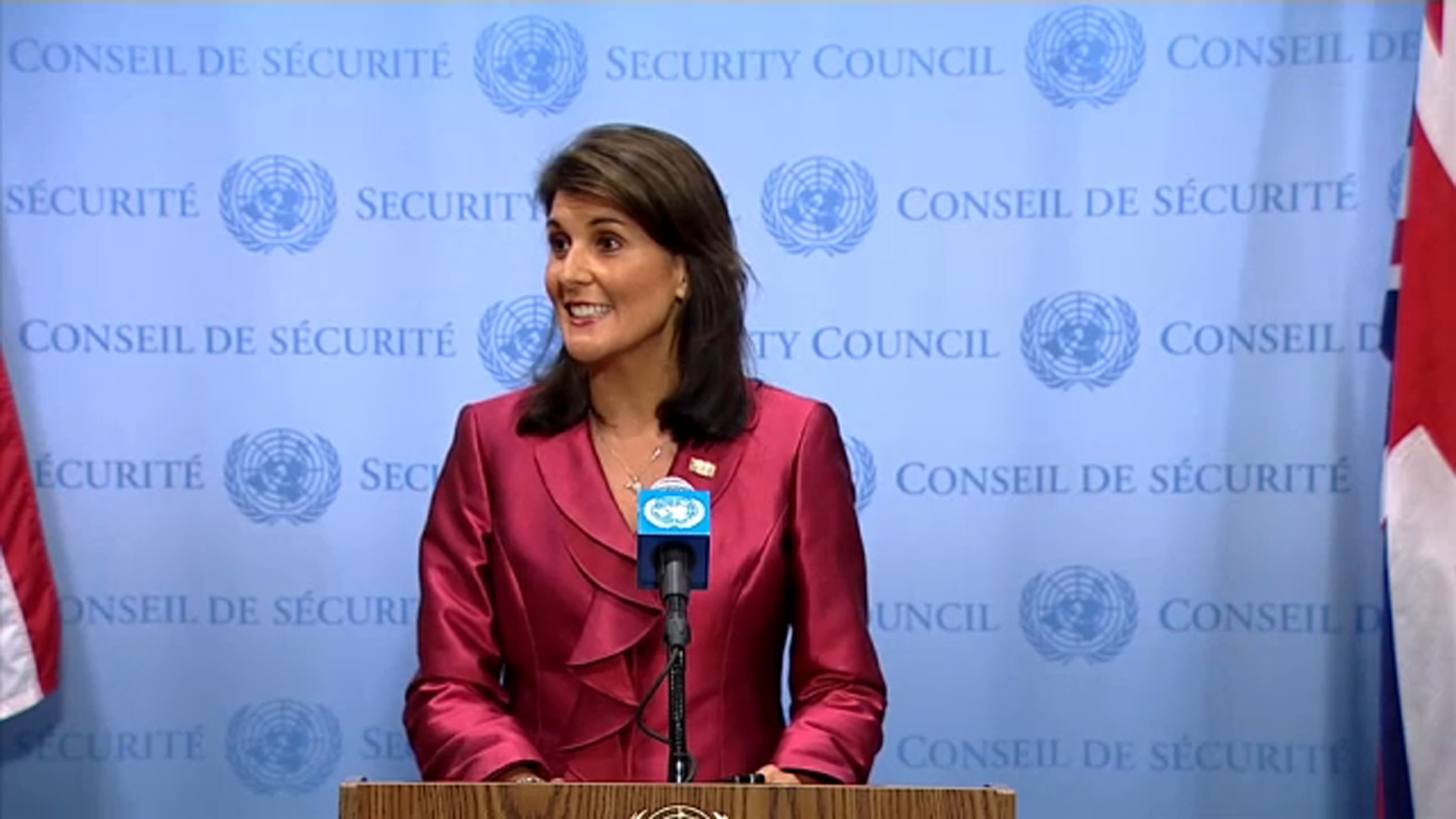