FX on Hulu miniseries "Mrs. America" has been nominated for a total of ten Emmys.
OTRC 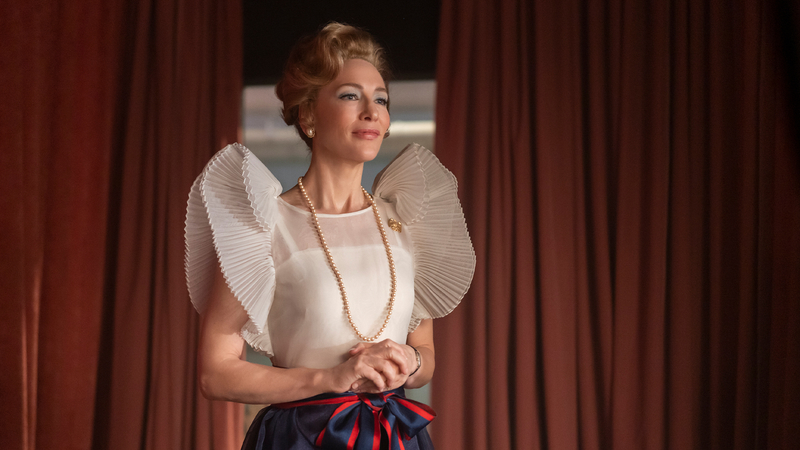 Passion and power collide in the FX on Hulu miniseries "Mrs. America." It's a dramatic deep dive into the women's liberation movement of the 1970s starring Cate Blanchett as Phyllis Schlafly, a conservative housewife determined to stop the equal rights amendment.

The miniseries has earned a total of ten Emmy nominations, including an Outstanding Lead Actress nod for Blanchett, who found the whole project to be eye-opening.

"To have something that describes a period of history that you think you know, but in fact, you delve into it and it's utterly surprising," Blanchett previously told On The Red Carpet. "I think it's an amazing bunch of women but also male characters who are telling history from a really relevant standpoint."

Emmy night could be twice as special for Blanchett. In addition to her acting nomination, "Mrs. America" is up for Outstanding Limited Series. As an executive producer, Blanchett could score double Emmys.

See also: Jimmy Kimmel gets ready for an unpredictable night at the Emmys

Blanchett said that her character viewed women as more powerful than men, which most would think aligns with a feminist viewpoint. However, Schlafly believed that women held society together by being at the center of the family and was "frightened of change."

"Everything that Phyllis Schlafly stood for was order and structure," Blanchett said. "I think she was terrified by the breakdown of the family unit and throwing that family unit open to what she described as the homosexuals and all of those people who she was scared of."